From unconventional roles to strong performances, these underrated actors deserve to be appreciated for their current performances 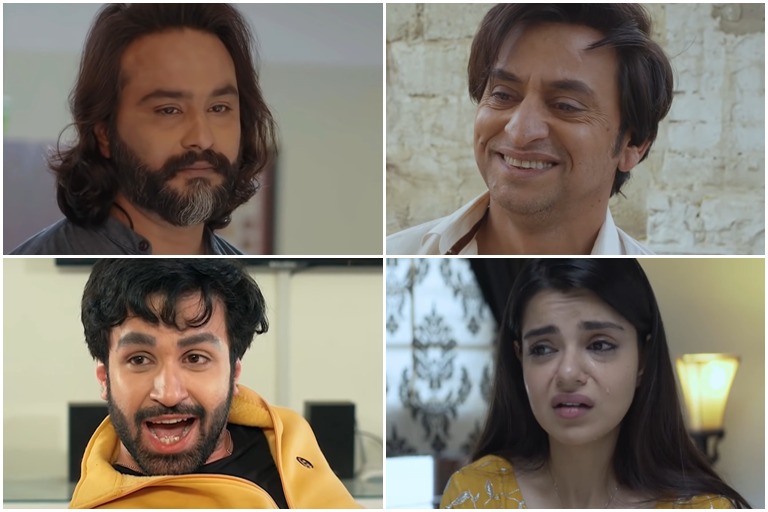 KARACHI: If there is one thing that Pakistan can take pride in is its TV actors and their contribution to the world of entertainment. With our drama industry entertaining audiences not just in Pakistan but across borders, we definitely have a plethora of actors, writers and directors to be appreciative of. However, quite often, some of the best performances on screen are brought to us by people who may not always make it to the limelight. These individuals continue to perform in their own capacities and often end up delivering better than the lead actors. In order to recognise a few individuals who are currently bringing their best game to the small screen, we have compiled a list of actors who we truly admire.

With two projects on air at the moment, Saleem Meraj is no stranger to the world of dramas. However, his recent performances in Pehli Si Muhabbat and Shehnai show us exactly why Mairaj deserves to be on the top of our list. While he plays the mischievous and greedy uncle in Shehnai, his portrayal of Sikander in Pehli Si Muhabbat is dark, evil and obsessive. While the former role is meant to be humorous, Sikander shows us the dark side of love in the latter. Both of these roles prove just how much range Meraj has as an actor.

Another TV actor who has recently surprised us is Azfar Rehman. Not only has Rehman been performing well, his choice of roles also stands out from his past projects. While his role in Aakhir Kab Tak may have been brief, the character definitely added another layer to Rehman as an artist. His portrayal of Abaan in the ongoing Dour is also something that we have not seen Rehman experiment with before. Depicting a differently-abled individual is never easy and being confined to a wheelchair for the entire duration of the drama also limits one’s performance but Rehman uses his tone and facial expressions to his advantage and conveys the frustration and anger that Abaan owns.

Female actors have definitely kept TV enthusiasts excited with the likes of Mahira Khan and Maya Ali returning to the world of dramas. However, amidst the prominent names, Srha Asghar has managed to stand out as Fajr in Aakhir Kab Tak. While some may find her character frustrating given her reserved nature, Asghar beautifully conveys the fear that a survivor of rape might live with. In recent episodes, Fajr has also begun to trust her husband (played by Haroon Shahid) and as an actor, Asghar smoothly transitions into a woman who is a little more confident and happier than she was at the beginning of the drama.

Paras Masroor is not a new name when it comes to acting for he has performed in multiple stage plays before he began acting in TV dramas. Theatre enthusiasts may already know about all that Masroor has to offer but his portrayal of Murad in Pehli Si Muhabbat and Aghar in Parizaad prove that Masroor is capable of delivering his best in dramas as well. Masroor also plays the role of Ahad Raza Mir’s brother-in-law in the web series Dhoop ki Deewar and presents his Indian character in a manner that is realistic and enjoyable. Perhaps our favourite on-screen moment was when Paras Masroor and Saleem Meraj’s characters finally came face to face in the latest episode of Pehli Si Muhabbat. We wonder if the drama has more of such instances in-store, where two strong actors come together to deliver their best.