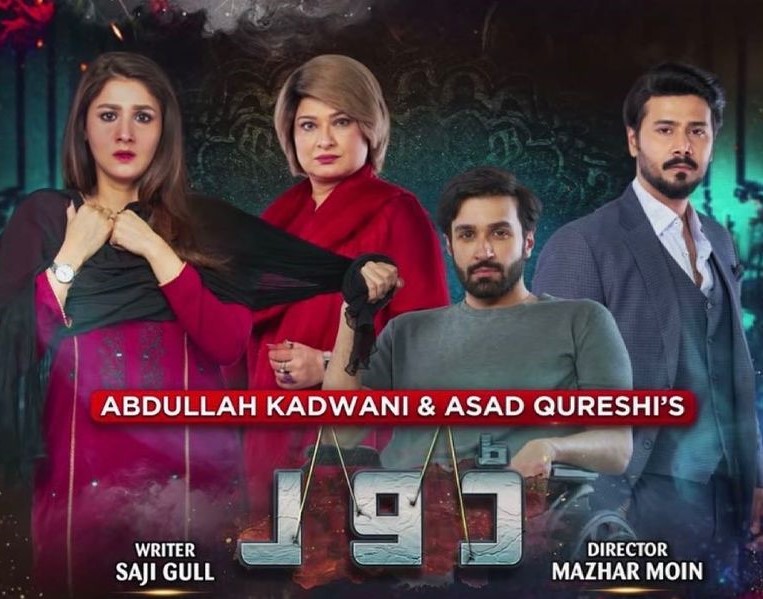 KARACHI: Teasers for Geo TV’s upcoming drama, Dour, were shared by the channel a few weeks ago but no official date for its release was announced. Written by Saji Gul and directed by Mazhar Moin, the drama is now set to air its first episode on Tuesday (tomorrow), June 29. Starring Hina Altaf, Ali Abbas, Azfar Rehman and Sania Saeed in key roles, the teasers definitely hint towards an intense story.

Hina Altaf as Asma and Ali Abbas as Ruhaan will be playing each others’ love interests. They seem to be perfectly happy with one another when Ruhaan’s brother and mother are introduced to the audience. Azfar Rehman as Abhan (Ruhaan’s brother) looks particularly interesting. Disabled and bound to his wheelchair, Abhan looks harmless to the world until Asma moves into his house after marrying Ruhaan. The teasers hint towards Abhan harassing Asma. Another dimension is added to the storyline through Abhan’s conversations with his mother (Sania Saeed). From the looks of it, Abhan has been promised by his mother to make Asma his, with Ruhaan being clueless about his family’s manipulative tactics. Asma is a puppeteer’s daughter but Ruhaan’s mother plans on making her a puppet of her own.

Sania Saeed, in particular, will be a performance to look out for. Known for always delivering her best, her get-up for the drama in a pixie grey wig surely makes Dour a project to look forward to. Azfar Rehman, too, seems to be testing new waters given his recent projects. An actor who usually played the ‘good man’ in dramas for years is currently playing the role of a rapist in Hum TV’s Aakhir Kab Tak with Abhan from Dour potentially following suit.

While initial teasers of the drama only introduced four characters, more recent ones have introduced a bigger cast. Saleem Mairaj, Iffat Omar and Nayyar Ejaz are some prominent names on the list.

Teasers of Dour look intriguing but delivering a promising thriller can often be challenging. Let’s wait and watch what the team has in store for its audiences.