We all stand against harassers until it is our friend, brother, or son. But Nadia defines the responsibility a mother holds when it comes to sons. 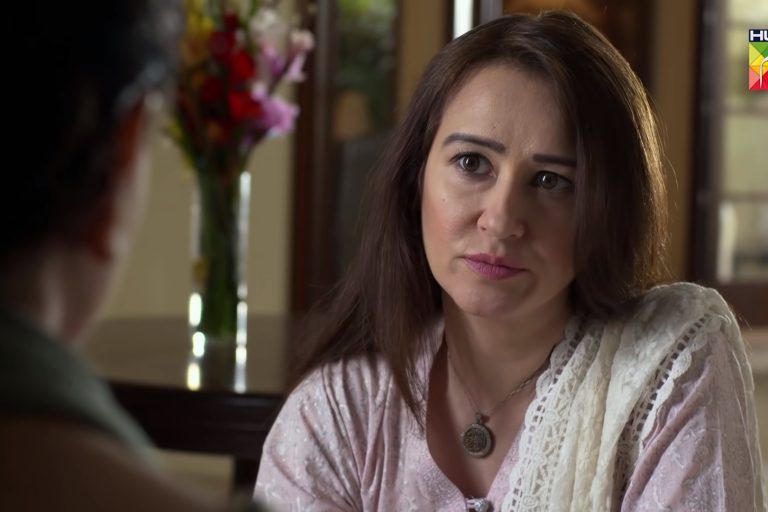 KARACHI: “Boys will be boys” or “That is just how men are” and, more recently, “If a woman is wearing very few clothes, it will have an impact on the men unless they are robots” i.e., some of the many excuses parents within our society give for their boys. These very excuses, while may seem harmless to them, are something that has turned the entire society into a superorganism that thrives on rape apology. Is it so difficult to call out the men in your homes when they harass/molest/rape? Why do people side with the harasser? What makes Nadia from Phaans, played by Arjumand Rahim, such a strong character? What motivates her to be just? Is it possible to have a mother like that? Keep reading to find out.

In Pakistan, we often blame victims, even after we sometimes give them the space to speak, waiting for them to make a mistake that allows us to see them as the bad guys. The same happens with Zeba, the protagonist in Phaans who witnesses sexual assault at the hands of a rich brat Sahil – effortlessly played by Shehzad Sheikh. Everyone is a die-hard supporter until Hafsa, the culprit’s sister, gives them something to doubt Zeba over. Everyone suddenly becomes her sworn enemy. We have been doing this for people we have no attachment or acquaintance with on social media, let alone people we can personally vouch for. There is always a “what if she is lying?” or “what does she gain out of this?” which later becomes a dangerously assumptive “what motivates her to lie about this?” even before the truth is revealed. The same motive is constantly attached to Zeba, played by Zara Noor Abbas, where she is accused of making it all up for money. Particularly, by Sahil’s mother Nadia, played by Arjumand Rahim.

However, what makes Nadia different is that she has woken up to her son’s atrocities and now wants to avenge Zeba. How does this happen? Most importantly, how do Phaans and Arjumand Rahim ensure it looks as realistic as possible?

Firstly, Nadia went to great lengths to intimidate Zeba. In her mind, she is protecting her son, but she really is scaring a victim into silence. She ultimately comes to believe Zeba but suspects her husband instead of the real culprit. Hence, when she catches her son, Sahil, red-handed, doing to another woman what Zeba accused him of, and not showing any signs of stagnant mental growth the way he always did, she begins to question her reality.

The serial shows Nadia upset, processing, and digesting what has happened. The situation makes her wretch and her son’s presence gives her visible distress and discomfort.

Next up, she finds out that her husband has been keeping the truth from her and Zeba is not even his first victim. It is clearly not a mistake anymore because Sahil’s actions have a recurring pattern. That is when she decides she needs to step in and correct her son. He is beyond the point of any saving and all that he needs now is punishment for his misdeeds.

However, what fuels her thirst for justice, even more, is the fact that no one believes her. This gives her a taste of what Zeba must have endured all this time when she tried to seek justice. Her heart had already opened towards Zeba, after Zeba’s mother passed away. More so, when Nadia’s house help accused her husband of being inappropriate. She finally got to accept that something is seriously fishy but misplaced her assumption. After finding out that Sahil is in fact neurotypical, she sees how blind everyone has been to his reality. As blind as she once was. The urge to prove her truth drives her even more.

She clarifies how she is not Sahil’s enemy, but Sahil is the one who poses threat to women around him. This perhaps suggests how Sahil is the one who needs to be put away, not the victim. This draws a stark contrast between two kinds of parents: ones who do what is right, and the others who are so blinded by the love for their child, they refuse to see the monsters they have become. Their love in turn becomes problematic and enabling. Arjumand Rahim plays the mother who knows and will go at any length to ‘correct’, while Ali Tahir, who plays Siraj, is the father who refuses to accept that his son can be capable of raping someone, even after he has all the evidence that Nadia does not. The denial in the case of both parents differs as well. While Siraj refuses to believe Sahil could have done it, Nadia refuses to believe what has become of Sahil is anything remotely close to who she thought was her son.

A cherry on top, Sahil wins the case as well. Nadia knows the case has had a wrong outcome and an innocent person is in danger as long as Sahil is out. While he may be her son, the guilt from the court’s order redefines her struggle for justice. Ultimately, Nadia goes against her family after she files a case against Sahil.

Her family, particularly her daughter Hafsa and husband Siraj, suggests she needs psychiatric help after she decides to bring Zeba home to help with the case. Just how that will help with the case will be revealed in the upcoming episodes, and we are all eager to find out. However, one only needs to imagine themselves in her position i.e., a) aware of the truth b) trying to convince someone else of that truth c) being gaslit for trying to convince them. It would only fan the fire.

Lastly, it is how natural Arjumand Rahim is in Phaans. From the very beginning, her anger has only grown, but each situation has opened a different faucet of anger. She portrays a conflicted mother and the way Sahil’s character unravels throughout the drama, the audience remains just as conflicted. She never uses “phaansi ka phanda” as a punishment for her son, unlike Zeba. She keeps saying she wants him behind bars. Perhaps it is motherhood speaking from an inner corner of her heart that took a back seat. However, one thing is for sure, characters like Nadia are the future and must be made more of. Her strength, her resilience, and her courage to side with the oppressed while driving the story forward is the kind of strong female character we need to see more of on the small screen.