Talking about children who become a victim to sexual assault and later blaming it on 'fahashi' in the same sentence, the Prime Minister has drawn quite an ire 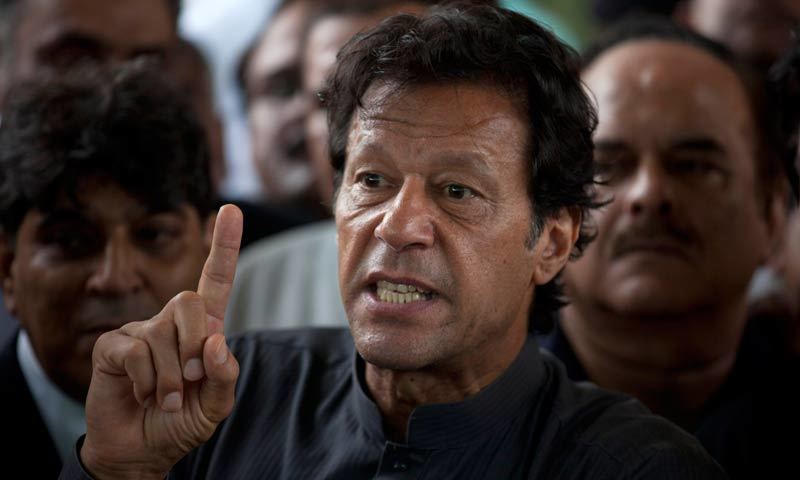 KARACHI: It may be disappointing, but whatever Prime Minister Imran Khan said regarding rape on a live call on Sunday, stems from the roots of a rape apologist society he has been institutionalized into. Rape apology stems from the convenient blaming of the victim. As one’s mind cannot sometimes process that such a heinous crime could occur against someone, it starts to find some justification for it. In that search of a justification, it only looks at rape as a mere crime, that could have sparked due to actions from either side. It ignores that the very act of rape is a show of power. To subdue the victim into submission and allow oneself a sense of supremacy. Rape is a more violent outcome of a society that aims to subdue its victims in general. Comprising rape culture, Pakistan also has a Prime Minister who believes rape is an outcome of ‘fahashi’ (vulgarity).

Did you guys watch Imran Khan? Am I the only one who’s offended by his stance on increasing rape cases in Pakistan? He literally justified it with aurat not doing parda hence the increase ‘temptation’ in the society!!!

On a live call with a caller from Hyderabad, Sindh, Prime Minister Imran Khan was posed with the dilemma of surging rape cases against women and children in Pakistan. “I have two questions from you, Prime Minister sahib. First, these days, the issue of sexual assault against girls and minors is prevalent. Have you or your team be taking any actions regarding this? If you have, are you satisfied with those actions? And if you are satisfied, then as a Muslim, a leader of the ‘Riyasat-e-Madina‘ earlier promised, why have we not seen rape culprits hung in public? Because no criminal of such a crime deserves leverage of any sort,” asked the caller. To this, the PM responded, “What you have said is something that hurts me a lot. Crimes against women and children reported in the papers do not even comprise 1 per cent of all the crimes against them. It has spread throughout our society at an alarming rate. Earlier, it wasn’t talked about out of shame. Now it is a part of our conversations more. But one must not be under the misconception that it is just the cases that are being reported. There are plenty more cases of child molestation and rape. Corruption cannot end by making changes in the law, similar is the case with this issue,” he responded. “The law against this act is extremely strict. Rape ordinance is a very severe ordinance. But it alone cannot help. The entire society will have to fight for the cause.”

Asking this again as @ImranKhanPTI thinks r*pe has something to do with Fahashi. https://t.co/M4XXGx4JGW

He explained further how these battles are won by society and are not a victory of the law. The law might exist, but if no one follows it, how many people will you catch? Society has to decide that this very act is its doom.

“The reasons for this,” he adds, “in a society, if you keep allowing fahashi (vulgarity) to grow, it will project itself somewhere. Why has our religion stopped us? Why has it enforced purdah? So that temptation can be nullified within the society. Not every person in society has the willpower. The more fahashi increases, the more consequences we face. When I was eighteen and went to Britain, their society was not what it has become today. The concept of sex, drugs, and Rock N Roll.” Before yesterday’s live call, Prime Minister Imran Khan had earlier used the same theory in his interview with Hamza Ali Abbasi. “We saw it with our own eyes, as fahashi spread throughout that culture. At first Adult Films were adult-only, but then they became much more common. Those films started appearing in mainstream media. The direct impact of that befell upon their family system. When I was there, the ratio of divorce to marriage was 1:17. Today there have been at least 70% divorces and the number keeps increasing. That is not all, as soon as Bollywood started adopting things from Hollywood, the situation has become very similar in India as well. Delhi has become known as the rape capital. So, look, we have to decide as a society. There are not many things we can stop, such as foreign films and content. The films I remember from my time and the films that come out today from Bollywood. They will bear consequences.”

Another time where parents are out on the streets in Qasur which has become the rape capital of the country. @ShireenMazari1 @ImranKhanPTI are you gonna do sth about this? Why does it always have something to happen for you to take action?

What's most striking while watching Imran Khan speak about rape is that he doesn't speak like a prime minister, but rather like an uncle who has a crackpot theory for everything. Stick to policy. This Morality Uncle shtick isn't why you were elected, we have whatsapp for that.

He again reinforced the Islamic ideology of the purdah system, suggesting that the order for covering up is to protect the family system and to protect society from such ills. Among his many concerns was that people now have access to all kinds of content. Children can access that content on their phones. “We need a more holistic approach for this. When we brought Turkish drama, I requested President Erdogan for it. When we bring Indian content or copy western content we ignore that our society has a very different set of circumstances. We do not have discos and nightclubs. We show our people that culture but the atmosphere here is different. There will definitely be repercussions to that. People feel they do not want to consume content that is dissimilar to that of Bollywood or western cinema. The Turkish drama has nothing of that sort, but everyone around the world is watching it. The cancer is spreading and we all have to fight against it.”

Women in this country need younger representation in politics. Imran Khan shouldn't talk about issues like harassment, rape, feminism etc because it's clear he either doesn't want to piss his religious supporters/partners off or he just doesn't get it.

What Prime Minister Imran Khan ignores, are the numerous cases of rape and molestation that have been a common practice even in countries and places with strict observance of purdah. Recently Kuwait launched its own #MeToo movement called “Lan Asket”, which translates to “I will not be silent”. He also ignored the aspect of power dynamics of a society grieving to regain and keep intact male dominance and submission of women. His speech also suggests that women are partly to blame for the heinous, unjustifiable crime of rape against them. While it allows him as the head of the state to dictate what women should do with their bodies, it also allows people with weaker “willpower” to have an excuse for the provocation of rape.

Several have seized the moment to not only call Khan out but also point out his hypocrisy. Many others, disappointed, tried to school the head of their state.

Quran says that no one will be answerable for another person’s sins. The idea that women hide themselves up so that men don’t commit any sin is against Quranic values. pic.twitter.com/2oBBcNiMF9

Mr Imran Khan, listen to criminologists, forensic psychologists and researchers to learn and understand why heinous crimes like rape happen.

While Pakistani women's rights organizers face FIRs & death threats for alleged 'fahashi', the PM reinforces this misogyny by blaming lack of purdah for rape. Wonder if he also thinks the 1000s of boys raped in madrassas need to do pardah for protection.https://t.co/IR56URHP3H

Imran Khan's regressive and ill informed views on the reasons behind the rise in cases of rape and violence against women are deeply disappointing and alarming. It means there will be no meaningful reforms or improvement.

Prime Minister Imran Khan needs to enlighten himself more about the complexities of sexual violence against children and females. Rape of children is not a sexual act, it's a sickness of mind. Rape of women is not about sexual pleasure, it is a sick inhuman display of power. 1/2

Exposure to adult content & vulgarity is not the only reason for men doing unmentionanke acts to weaker beings – kids male & female, women & trans people. PM Khan should form an org to do an in-depth study of scientific, psychological & social triggers behind sexual violence 2/2