Comment: Why did Sahil from Phaans have to be autistic?

The drama reiterates that rape is about power, then why did a marginalized group have to be steered into the conversation? 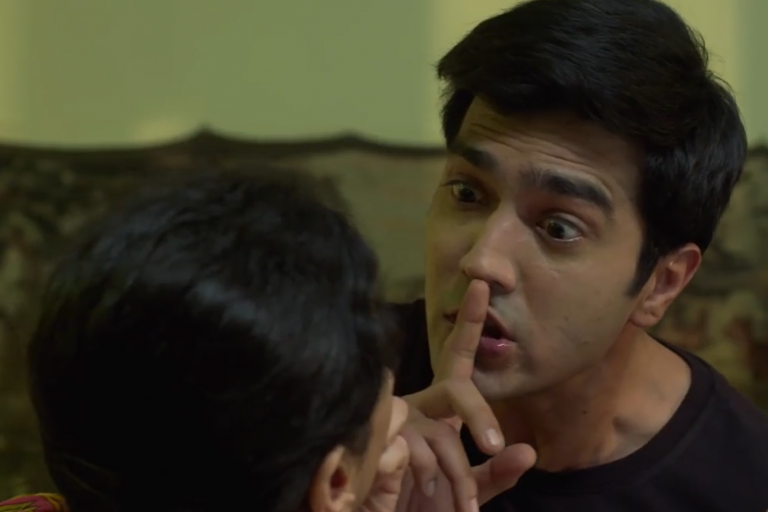 KARACHI: I’ll be honest. I stopped watching drama serial Phaans a few weeks ago when I felt that the story was going nowhere. Sure, the serial started off strong, specially with the courage of the protagonist Zeba (Zara Noor Abbas) and her mother Shakeela (Kinza Malik) who stood by her daughter and broke the narrative around sexual assault as mother of the survivor. Shahzad Sheikh, too, has brought his A-game to the screen with his role as Sahil who is apparently autistic. A few glimpses of recent episodes told me that Sahil had been revealed as Zeba’s rapist. Catching up on the show, I was left with the same question I had when the drama initially went on air. Why did Sahil’s character have to be autistic?

Since episode 1, Zeba accused Sahil of raping her. She named him as the culprit over and over again regardless of how many people tried to drown her voice out. Barely anyone believed her for how could a naive, innocent man who did not even act or think his age be capable of committing such a crime? 20 episodes later, the story has finally steered forward and Sahil’s façade has come off. It turns out, Sahil has only been pretending to be autistic and childlike, and is in fact, fully capable of thinking and acting straight. He was also the one to rape Zeba, and was very much in his senses when he did so. Moreover, Hashim (Zain Afzal), Zeba’s ex fiance, had witnessed the crime but had been threatened by Sahil to keep his mouth shut.

These recent revelations, paired with Sahil’s father controlling and bribing everyone who comes in their way, from the doctor to the police officer, prove how it is all a power play. Rape is a display of power as well. Sahil’s gender, social status, wealth and mental condition puts him on a pedestal, one which is far above the reach of justice and punishment. While Sahil’s mental state does make for an interesting story line and definitely adds suspense to the drama, could Phaans not have met its purpose without depicting the antagonist as an autistic individual?

Autism Spectrum Disorder is one of the more complicated mental conditions to understand. Countries like Pakistan, specially, struggle to fully acknowledge many mental and developmental disorders. With limited resources and awareness, individuals with autism continue to be marginalized in our society. They are excluded simply for behaving differently and learning at a different pace than most people. Our society refuses to accept individuals with intellectual or physical shortcomings and treats them as outcasts. Our country is also big on victim blaming and enabling rape culture. For a country whose Prime Minister, time and again, holds women’s clothing accountable for sexual assault, there is always a justification behind rape. Then why did the team behind Phaans choose to deal with two sensitive topics simultaneously?

Why was it not enough to carry forward the narrative about rape from a survivior’s perspective and conclude the drama on a note where the criminal is held accountable for his actions? Why did Sahil’s mental state have to play a role in the whole scenario? When individuals with autism are not represented on television at all, why did they have to be a part of a storyline which paints a negative picture of the one representing them?

Simply put, Sahil is a man. His gender alone is a privilege living in Pakistan. Add his wealth to the equation and he has the formula that most Pakistani men need to get their way. He could have raped Zeba and gotten away with it even if he was neurotypical. With multiple men being accused of the crime initially and all proofs being destroyed, Sahil would have lived a trouble free life anyway. Sure, the element of suspense was heightened given Sahil’s pretense but why did it have to be at the expense of misrepresenting a group which is already so misunderstood and goes unnoticed most of the time? Moreover, do our audiences really need to be taught that rapists can be justified by their mental conditions? Does our nation really need another excuse to protect rapists and give them the benefit of doubt? Why do we only acknowledge mental health when the other topic at hand is an even more stigmatized one?

Rape isn't caused by this. Rape is about power. Dominance, a complete lack of empathy, hostility. It diminishes a woman – or a man, or a child – to a sexual object. It is dehumanizing.

Pakistani dramas have finally begun to address issues like sexual assault and rape and while it is important to keep the conversation going, it is also essential to be mindful of how the dialogue is being carried forward. Perhaps now is the time to make space for more characters like Zeba, who do not fear their culprits, who are not ashamed of screaming out loud and who will not be made quiet. Those who know that rape is never the victim’s fault. Maybe now is the time to shed light on the aftermath of rape and its consequences, instead of beating around the bushes trying to figure out an explanation for the criminal’s act. Now is the time to talk about rape without distracting our audiences.