The association has been created in order to safeguard the rights of writers. 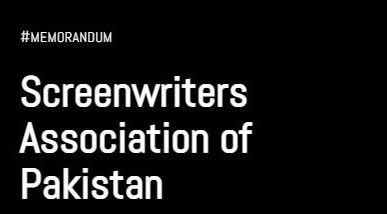 KARACHI: Earlier this year, industry veteran Nayla Jaffri emphasized that actors should be paid royalties for their work. After an onslaught of support from fellow actors, the matter at hand was recognized by Senator Faisal Javed Khan and a Bill is yet to be proposed to the Senate. However, in the midst of the good news, there was another discovery that brought about some much-needed change. It was brought to light that writers do not have any association to safeguard their rights such as their right to royalties. Actors are protected under the organization known as ACT while producers are covered under the umbrella of UPA but there is no such association for writers, who are arguably the most important limb of the media industry.

Therefore, it is very critical to fill the gaps & bring proper framework via amendments in legislation to ensure that our producers, artists get thr rights to royalties. Am in touch with all stakeholders & iA a comprehensive bill is being brought soon to address this v imp issue

As a result, writers from the industry joined forces to form an association through which they can raise their voices and also claim their rights (to royalties, etc.). The initiative was taken by acclaimed writer/producer/host Asma Nabeel, who is known for her writing prowess in dramas such as Khaani, Surkh Chandni and Dil Kiya Karey, among others. Within, a month multiple screenwriters assembled and a committee was elected.

The executive committee includes Vasay Chaudhry as the President and Umera Ahmed as the Vice President. Saji Gul will serve as the General Secretary while Asma Nabeel will take on the role of Joint Secretary. Finances will be overlooked by Inaam Hassan whereas Rida Bilal will be the spokesperson for the executive committee. To add to the incredible list of screenwriters, Zafar Meraj, Amna Mufti, Syed Mohammad Ahmed, and Bee Gul are also onboard on an advisory level.

The Screenwriters Association of Pakistan made one thing clear that the formation of the organization shouldn’t be taken as a movement against any channel, production or organization but as a movement to safeguard the rights of writers in the industry and provide a safe  space where writers can come together to discuss and resolve problems they face in their professional careers. But beyond that, what else does the Association hope to achieve? As per the Association, they hope to advocate the rights of screenwriters as professionals in their field which will include getting them their due respect and credit for their creative work. They plan an ensuring that writers are not just paid on time but also get to benefit from royalty payments if their dramas or movies get a re-run on local or foreign TV channels or streaming sites. The Association also hopes to protect the intellectual copyrights of the writers and will also work on ensuring that there is mutual respect between writers for their  intellectual property.

All in all, the Association plans on developing a relationship of trust and respect with channels and media houses so that writers are satisfied that their rights are being protected. After all, happy writers will translate into good quality content.

“I respect women the most,” says Khalil-Ur-Rehman

Faisal Javed promises a bill to ensure royalties for artists