Celebrities come together to demand royalties for artists

Mahira Khan, Humayun Saeed, Ushna Shah, Sanam Saeed and others have taken to social media to ask for set rules and fair compensation in the entertainment industry 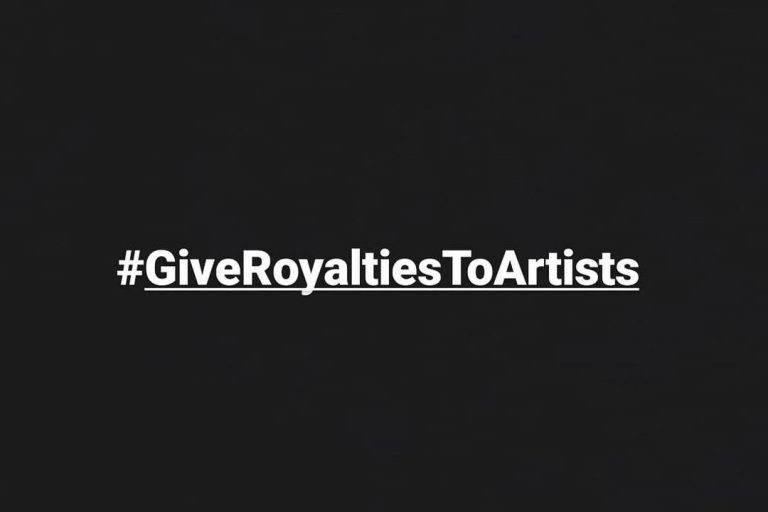 KARACHI: Quite a stir was created on social media when Pakistani actor Nayla Jaffri asked for royalty payments to fund her cancer treatment. The likes of Yasir Hussain came to her support and demanded that local artists are compensated for re-runs of their programs. Only last week, Faisal Javed promised a bill to ensure royalties for Pakistani artists as he acknowledged that the same is done for artists around the world. While more details are yet to be announced regarding the said bill, celebrities have once again taken to social media to demand royalties for artists. Coming together for what seems like a planned campaign, multiple artists have been posting about the cause using the hashtag #giveroyaltiestoartists against a plain black background on Twitter and Instagram.

About time. Actors and producers must get royalties for their hard work. That's no favour, it's their right #GiveRoyaltiesToArtists pic.twitter.com/2hJZruLzCf

While many actors like Mahira Khan, Farhan Saeed, Ushna Shah and others have joined the campaign, Kubra Khan highlighted how the aim is not just to achieve royalties for actors but for all Pakistani artists, be it musicians, writers or directors.

“Not Just actors. Writers, musicians, directors.. and soo many more… In the passing years.. we’ve seen some of our seniors who have ruled the industry request respect when it should’ve been their Right. There are rules and regulations that set a well run system and it’s high time we implement them so that our industry can run as smoothly as it should. Every artist deserves that. #GiveRoyaltiesToArtists” Khan wrote on Instagram.

Zara Noor Abbas, too, pointed out how “In every industry, there are some rules. Some laws. Let’s have it set in ours too. Let’s acknowledge the ones who ENTERTAIN you on the COST of their lives.”

Let us hope that the coming together of our artists is able to bring a positive change in our system and that artists from all over the industry receive their fair share of recognition and rewards.