The news comes from a close friend of the Duchess. 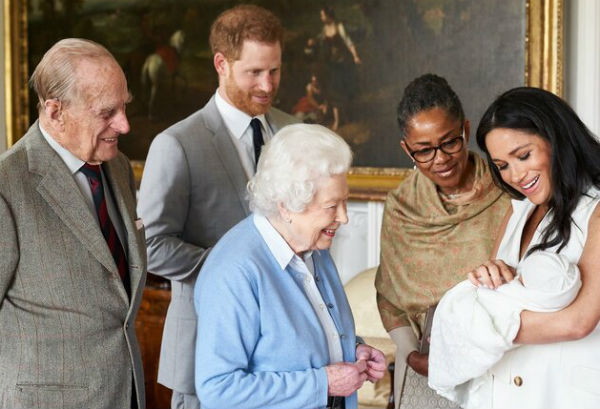 KARACHI: The world was in shock when, last month, in a tell-all interview with Oprah, Meghan Markle and her husband Prince Harry made some shocking revelations. From talking about how Kate Middleton made her cry to the underlying racism in the monarchy, the couple was ready to burn all bridges. In the process. it was reported that they deepened the already strained relationship with the royal family. However, it seems as though the demise of Prince Philip has prompted the former Duchess (Meghan Markle) to let bygones be bygones as a close source reveals that she is “ready to forgive” and “move on.” The source claims that the couple wants to “put their differences aside.”

The source, who is a close friend of the Duchess, talked about how Markle wants the family to “come together.” Another unnamed source reported that the decision to forgive is what “Meghan said this is what Prince Philip would want.” However, according to recent reports, Prince Philip had called the Oprah interview “madness.”

Prince Harry flew to the United Kingdom following his grandfather’s death; however, Markle did not accompany him. It was initially reported that the Duchess, who is expecting her second child with the Prince in the summer, had not gotten medical clearance to fly. The same source revealed that the Queen is said to have been understanding of Markle’s reason of absence and wants her “to stay safe and healthy for her baby.”However, her friend told Express UK that she chose to stay back in California because she did not want to be “the centre of attention.”

Prince Harry, who is currently under quarantine at Winsdor, wrote a tribute for his late grandfather calling him the “master of the barbecue, legend of banter, and cheeky right till the end.” The funeral is set to take place on Saturday, April 17.

A post shared by Duke and Duchess of Cambridge (@kensingtonroyal)