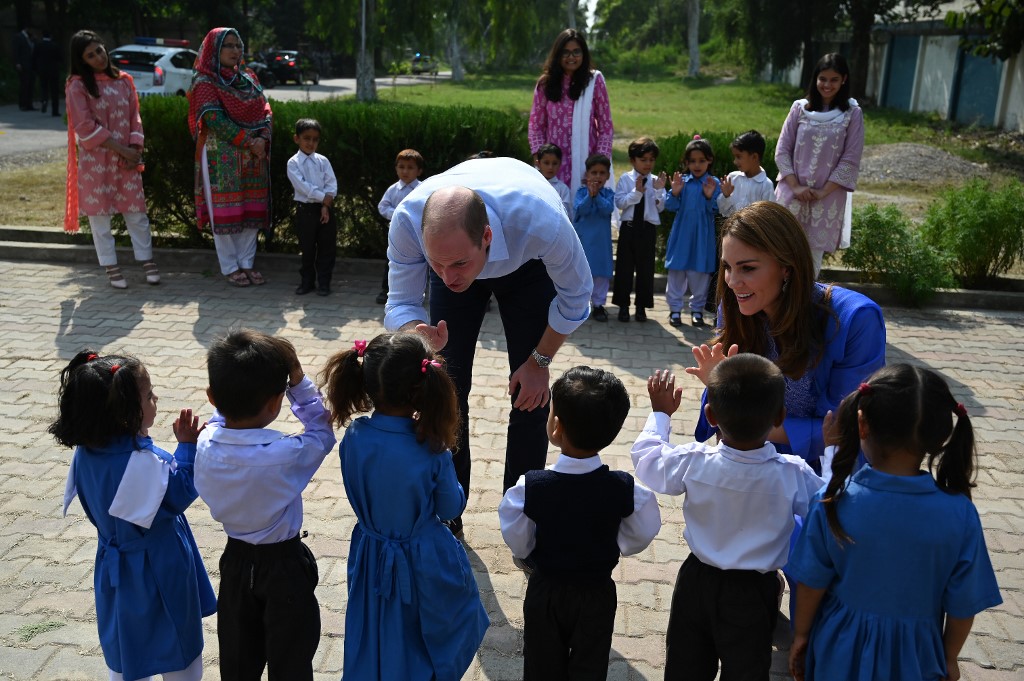 Britain’s Prince William (C), Duke of Cambridge, and his wife Catherine (R), Duchess of Cambridge, meet with school children during their visit to a government-run school in Islamabad. PHOTO: AFP

This is the couple’s first visit to the country, and the first time for a memeber of the royal family to visit the country since Prince Charles’ visit in 2006.

William and Kate kicked off their official engagements Tuesday morning, visiting a government girls college. Watch a heartwarming video below, where a student tells Prince William that she was a fan of his mother. His response: “That’s very sweet of you. I was a big fan of my mother too.”

Really sweet moment when William is told the girls were ‘big fans of your mother’.
He gave a broad, slightly wistful, smile and said: ‘ You were, really? Oh that’s very sweet of you. I was a big fan of my mother too.
’She came here three times. I was very small.’ pic.twitter.com/vTQ8imJguS

The couple is expected to stay in the country for another four days.