In a recent interview, the actress also urged makers of Pakistani dramas to take the risk of tackling distinct subjects 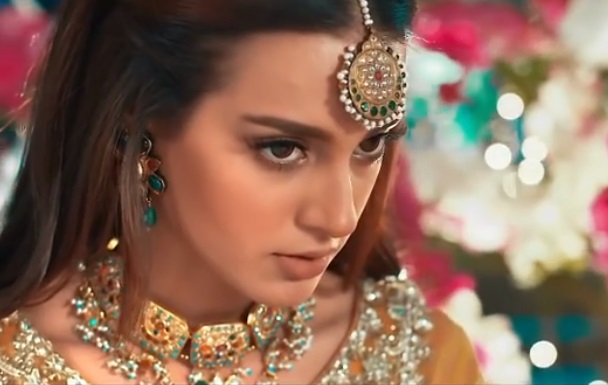 KARACHI: At the age of only 23 years, Iqra Aziz stands tall and proud as one of Pakistan’s most successful actors when it comes to television dramas. Taking up roles that require a range of skills, hardly anyone has been able to forget her performances in the dramas she has been featured in. Some of her most notable dramas include Ranjha Ranjha Kardi, Suno Chanda, Khamoshi, Qurbaan, etc. The most recent addition to the list is Raqeeb Se while she will soon be seen in upcoming drama Khuda Aur Mohabbat 3 opposite Feroze Khan.

In a recent conversation with Urdunews, Iqra Aziz spoke on a wide range of subjects. “Actors are extremely sensitive people. If our audiences who appreciate us and support our skills do not sometimes like our work, they can always offer their criticism. It is nothing to get disheartened about. However, there is a certain way one must go about it, I have always valued constructive criticism.”

Iqra Aziz went on to urge makers of television dramas to plunge into more distinct and risky topics, even if those topics have been dangerous in the past. The actress feels that the world is quickly changing and our stories must align with the new age. “There should be stories that might sometimes not be relevant to our day-to-day lives, but send across an important message. It is time that we changed our tracks.”

Moving on to her ongoing drama Raqeeb Se, the TV serial has received positive acclaim for its out-of-the-box storyline. Speaking about the serial, Aziz said, “I have worked with Kashif Nisar before. When I was offered Raqeeb Se, I only read the one-liner, found out about my fellow cast members, and specifically about Kashif Nisar. I did not even read the entire script and immediately said yes. Besides, who can say no to a writer like Bee Gul.”

For Iqra Aziz, Raqeeb Se’s importance is doubled, being her comeback to TV dramas after a whole year. The actor has also worked alongside Hadiqa Kiani for the first time, and nearly every character has its own distinct place in the show, according to Aziz.