Slow yet soulful, Hadiqa Kiani keeps it straightforward with her latest song 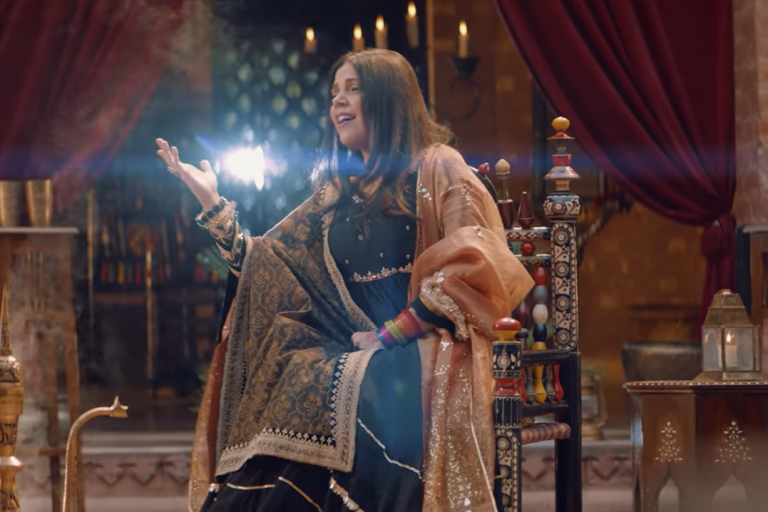 KARACHI: Hadiqa Kiani has been busy with quite a lot on her plate lately. Her recent drama Raqeeb Se has garnered extremely positive acclaim. With her acting debut, Kiani has been lauded for being effortless opposite the iconic Sania Saeed. With her successful acting experience to flaunt, Hadiqa Kiani has now released ‘Jaanay Iss Dil’ to bring back the singer she has always been.

The singer has collaborated with Sufiscore for the track. Abdullah Harris has marvellously curated the visuals to go with the music which is simple, not too much to take in. Meanwhile, the vocals – mostly straightforward, keep with the flow of the music. ‘Jaanay Iss Dil’ has since been receiving praise for the peacefulness it radiates.

Sharing her experience with the song on Instagram, Hadiqa Kiani wrote, “Over 1 million views in the first 9 hours and now the video is trending on YouTube. The love that you all have been sending our entire team since this qawwali has been released is incomparable.”

She went on to add how the project’s motivation was love. “This was a project of love and I am so grateful that you were able to connect to our message through the power of pure music.”

The all-natural music can be differentiated from any song that comes out in today’s day and age, heavily reliant on electronic modification. Taking pride in how organic the song is, Hadiqa Kiani said, “No auto-tuners, no heavy machines, just the beauty of our regional music, our language, our instruments. Thank you. Thank you. Thank you.”

The flares in the video go well with the all-eastern setup for the song. Sitting in an aangan, Kiani seems engaged in a Juggal Bandi, and while the song has been performed for the music video, its simplicity makes it appear more candid. Shot on an anamorphic lens, which is extremely rare for films in Pakistan, the visuals are given a more cinematic feel.

The placements of the harmonium, the rubabs on a floral floor, and the little diya placed on top of each of the harmonium would calm down whoever is watching, settling them into an even calming experience of the audio which is to follow shortly.