MISAFF 2020 to feature a talk with Pakistani filmmakers

Saqib Malik shares that he, along with Sarmad Khoosat and Mehreen Jabbar, will get to talk about Pakistani cinema to international audiences 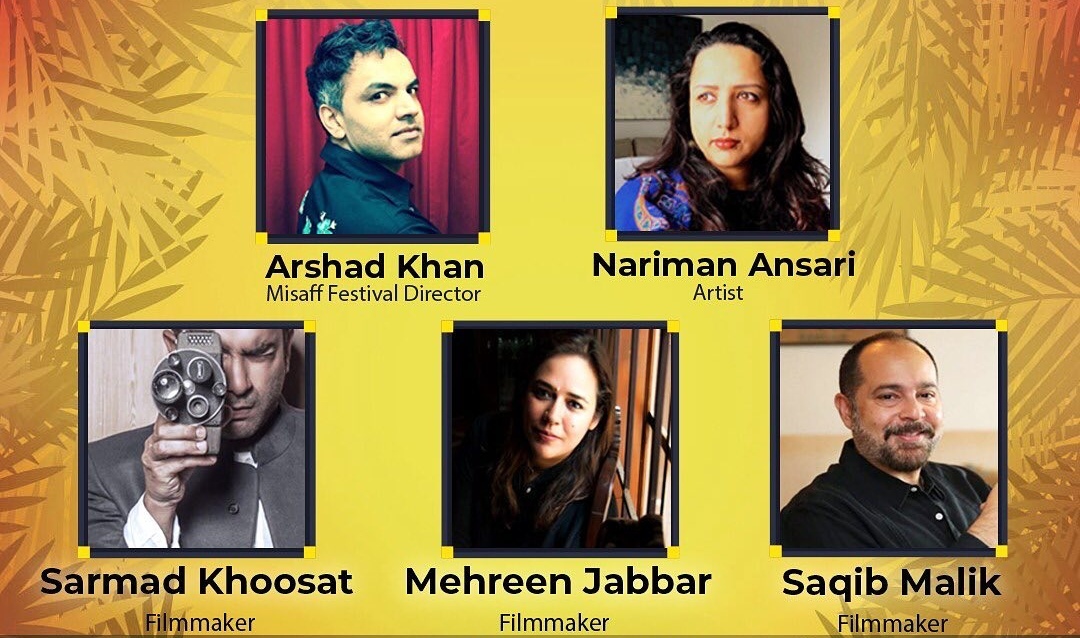 KARACHI: The coronavirus outbreak has majorly affected the cinema industry, not just in Pakistan but worldwide. Nonetheless, those associated with it are trying to push the envelope despite limitations. Many international film festivals took place virtually this year. Creatives and filmmakers from Pakistan have also been a part of some, either via their film submissions or by joining talks/sessions. A recent addition to the list was International Education Week 2020 that had Pakistani filmmakers live on New York Film Academy’s Facebook page for a panel discussion.

“In the company of distinguished Pakistani filmmakers! A #misaffchat for #misaff2020 on Cinemas of South Asia. Case Study: Pakistan with @arshadfilms @mehreenjabbarofficial and @khoosat moderated by @bashiraintoronto,” he wrote.

The session will feature festival director and filmmaker Arshad Khan, Mehreen Jabbar and Sarmad Khoosat alongside Saqib Malik while Nariman Ansari, Bushra Ansari’s daughter, will be moderating it. The session will take place live on December 7, on Mosaic Film Fest Facebook page.

Speaking to Cutacut, Saqib Malik, whose debut film Baaji has been nominated at the upcoming Lux Style Awards, shared that he attended the festival last year when Baaji was screened. This year, Sarmad Khoosat’s Zindagi Tamasha that is Pakistan’s entry for the Oscars this year, will be closing MISAFF 2020. Mehreen Jabbar, who is riding high on the success of Ek Jhooti Love Story, has also participated in the festival earlier.

“They got all of us together for a discussion on past, present and future of Pakistani cinema,” informed Saqib Malik, in a telephonic conversation with Cutacut. “The platform is very effective internationally; the participation level is very strong. Audiences will get to know more about Pakistan, Pakistani cinema and the work we are doing. We will get to introduce ourselves and our cinema culture. It is a pleasure to have a discussion with like-minded filmmakers on a public platform that is international.”