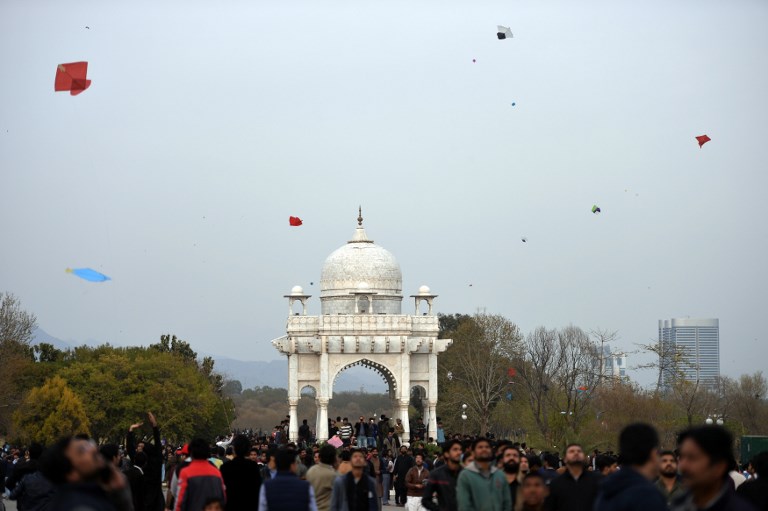 KARACHI: The Punjab government has decided to lift the ban on Basant – a festival of kite flying in Punjab. A ban had been imposed on the festival for the past 12 years but the government is geared to begin festivities sometime in February 2019.

Basant is a kite-flying seasonal festival, celebrated to mark the beginning of spring. Basant is traditionally celebrated in spring season but had been outlawed in recent years.

Why was the ban put in place?

Basant, marked by kite flying, was one of the most famous cultural events of Lahore until the Supreme Court in 2005 took notice of an outcry over injuries and deaths caused by glass-coated strings every year and banned the festival.

The string or maanjha of the kite is lined with chemicals and glass that is meant to help in the swift cutting of an opponent’s string. In a battle of who would win the kite-flying contest, the sharper the maanjha, the more edge a person would have. However, this caused many life-threatening injuries, to children in particular, as the string would slice their skin. More susceptible to injuries were those driving on two-wheelers as a stray string could entangle them. Many deaths were reported when the festival was in full swing.

In 2005, the Supreme Court of Pakistan took a suo motto notice of the number of deaths, and a ban was put in place. It was lifted for two days in 2007 to allow a window to manufacturers and sellers to run their business. An ordinance against kite flying was passed in Punjab Assembly which later became the Punjab Prohibition of Kite Flying (Amendment) Act 2009.

Six years ago, the Supreme Court under ruled that the kite-flying activity should be regulated, not prohibited. The court had spoken on a 2005 suo motu case of a citizen who had requested for a “complete ban” as the petitioner had suffered irreparable damage to his throat which was slit after being struck my a kite string, according to The Express Tribune.

Moreover, the clergy and far-right have always been against the festival. Terming it “un-Islamic” and a “Hindu tradition”, they have campaigned against the annual celebration much before the ban was imposed.

Will the ban be lifted?

Twenty-four hours into removing the ban, the decision has already been challenged in the Lahore High Court (LHC). Advocate Shaheed Pirzada filed a petition on the stance that the festival was banned in the first place as it had taken the form of “blood sport,” Dawn reported. The court accepted the petition and set the date of hearing for later this week.

Similar voices were heard elsewhere too. Another citizen in Lahore had filed a similar petition while Pakistan Muslim League-Nawaz lawmaker Hina Pervaiz Butt also filed a resolution in Punjab Assembly against this decision, according to Geo News.

Much like the government and petitioners, Pakistanis are torn between the two sides. While the festival has it’s charm with skies being lit up by colorful kites, loud music blaring in neighborhoods and an overall festive feeling, the potential hazards of the kite-string cannot be ignored.

Those saying basant should be restricted to parks clearly have no idea what basant is. The only thing that needs to be done is to strictly implement restriction on the kind of doar used. Basant is everywhere, on every rooftop. Its very spirit is in its omnipresence.

This is what Basant looks like in Lahore and surrounding areas. So excited to have it back. pic.twitter.com/iggAIKAxaA

A foolish decision to lift the ban on #Basant. Many peoples have already lost their lives due to this stupidity.

February in Punjab was incomplete without blaring music, flood lights and shouts of bo kata.

Happy to have basant back!

Besides, it’s also good news for the small kite industry that suffered a set back after the ban