Pakistani digital and electronic media, through its fashion shoots and dramas, constantly looks at masculinity through a regressive lens. Here's how 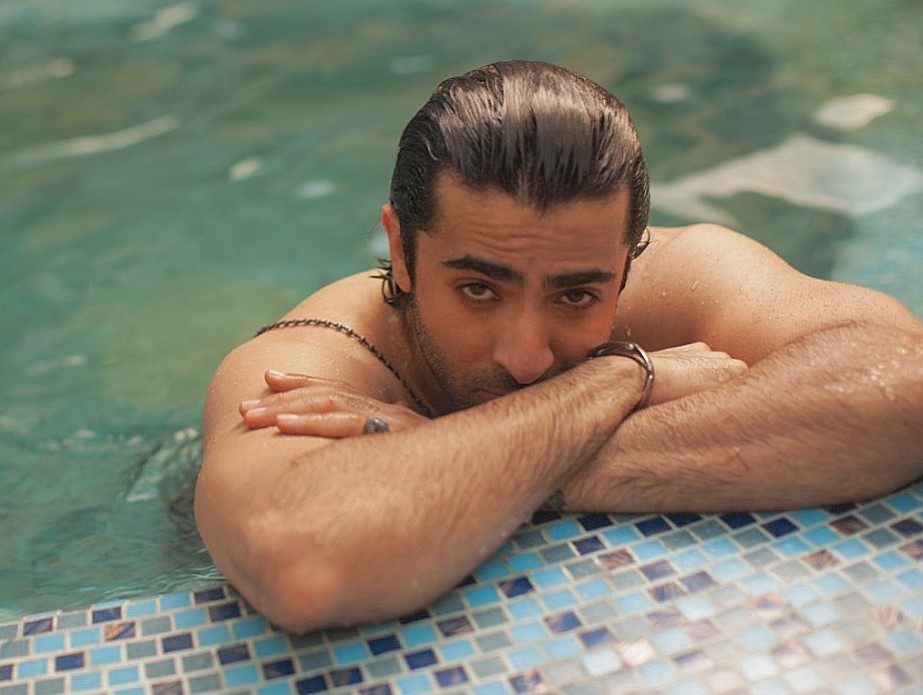 KARACHI: Masculinity in Pakistan is a big deal. After all, it is the premise of our patriarchal society. We take pride in our men’s ability to suppress their emotions because God forbid a man acts human. Our men are strong, aggressive, and loud. Most importantly, our men are constantly reminded of what it takes to be a man. Our media through its dramas, ads and photoshoots, reinforces the traditional idea of who a man is. The definition of masculinity in Pakistani media is often toxic and regressive.

Let us take the example of fashion photography to begin with. A recent photoshoot of Sheheryar Munawar with Syra Yousuf caught the public’s eye. While the chemistry between the two actors was commended, little attention was given to Sheheryar’s solo shots. Posing for Rizwan Haq, Sheheryar is shirtless in one shot, clearly showing off his tattoo and physique, not to forget the chest hair. In another shot, the model is smoking a cigarette, a habit which is immediately categorized as masculine in our part of the world.

Now the question is, would the shirtless picture ever been captured had the subject been a skinny or chubby person, basically anyone whose body type is far from the ‘ideal’? Why is it so important to highlight a man’s body hair when the same hair growth on a woman is frowned upon? Why can Harry Styles wear a dress for Vogue but Pakistani celebrities still have to conform to traditional definitions of masculinity. Why is Bilal Ashraf considered masculine when he poses for the camera in a tuxedo but not when he paints a nail for a good cause?

Pakistani TV dramas too, constantly reinforce the idea of masculinity, most of which is toxic. The only emotions that male characters on screen are allowed to express are negative emotions. Masculinity in electronic media consists of men yelling, beating women and exploiting the power that society has given them. Let us take the example of the drama Nand. Jahangir (Ejaz Aslam), Saqib (Shahroz Sabzwari), and Hassan (Ayaz Samoo) are all abusive men who hit their wives, accuse them of adultery, and wear the badge of being a man as a reminder of what their “main tumhe talakh deta hun” can do to their wives. Or should we talk about Shahan from Mohabbat Tujhe Alvida who is praised and applauded by our audiences because he did not hit his wife?

Who is going to tell our directors and producers that a man who does not physically abuse his partner is not a good man, rather a normal human being?

When are we as a society going to allow more room for men to express themselves the way they want? Can our men unlearn the aggression that so many people assume they were born with? Will we let them unlearn and grow?