Creating history by becoming the first solo male to feature on Vogue's cover, the singer has also attracted attention for cross dressing and challenging toxic masculinity 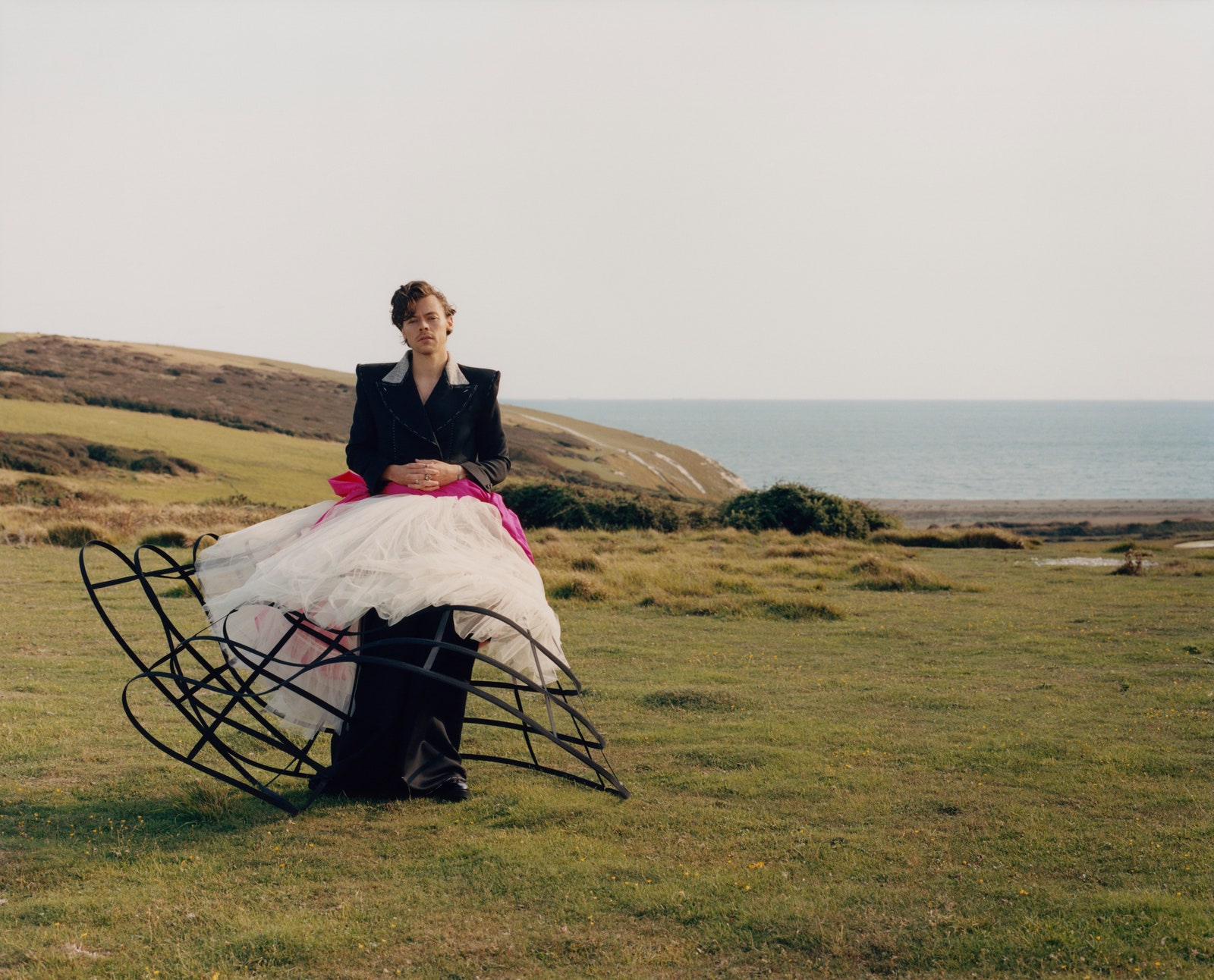 KARACHI: Being on the cover of a Vogue issue is always a big deal. In addition to being the face of the Vogue issue for December 2020, Harry Styles has also created history by being the first man to have a solo feature. In conversation with Vogue, the singer shared his journey of becoming a popular singer along with the road that he shared with One Direction. However, Styles made a bigger statement through his photoshoot for the magazine. Challenging stereotypes and toxic masculinity, Styles posed in dresses, skirts, and pants, and refused to conform to a particular gender’s dress code.

“When you take away ‘There’s clothes for men and there’s clothes for women,’ once you remove any barriers, obviously you open up the arena in which you can play,” Harry Styles shared with Vogue, “It’s like anything—anytime you’re putting barriers up in your own life, you’re just limiting yourself.”

While Styles himself looks confident in his unique outfits, the photoshoot has sparked a debate about masculinity. Author Candace Owens, specially, looked at the pictures and wrote ‘bring back manly men’.

There is no society that can survive without strong men. The East knows this. In the west, the steady feminization of our men at the same time that Marxism is being taught to our children is not a coincidence.
It is an outright attack.

While Owens immediately interpreted Styles’ outfits as a sign of weakness and an attack at ‘strong men’, actors like Elijah Wood came to remind her that masculinity is not what makes a man. 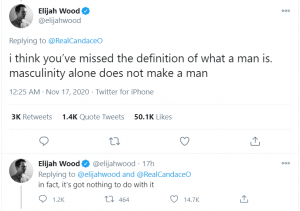 Owens’ tweet was also responded to with pictures of men like David Bowie and Kurt Cobain who had cross dressed back in 1970. The pictures were shared in order to educate the author about culture and recognise that Harry Styles is not the first man to adapt the trend of cross dressing.

I’m impervious to woke culture. Showing me 50 examples of something won’t make it any less stupid.#BringBackManlyMen https://t.co/7NKrrGiZSf

However, Owens seemed undeterred and continued to tweet against Harry Styles’ photoshoot and also refuted the term ‘toxic masculinity’ which she thinks has been termed by ‘toxic females’.

Since I’m trending I’d like to clarify what I meant when I said “bring back manly men”.

I meant: Bring back manly men.

The rest of Twitter, however, has celebrated Harry Styles’ choices and spoken in favour of wearing whatever one wants.

We just have to face the fact that Harry Styles looks better in a dress than most of us pic.twitter.com/JStLo5Rde7

i didnt know that seeing harry edward styles in a dress and a skirt was all i ever needed. pic.twitter.com/ZNLQVMLNlh

If Harry Styles wearing a dress threatens your manhood, you were never really a man to begin with.

harry styles is doing everything right. so funny to see these conservative people getting so heated because he’s pushing gender norms in the dopest way. MEN AND WOMEN CAN DRESS HOWEVER THEY WANT. it’s 2020. shut up, your small mindedness is showing.