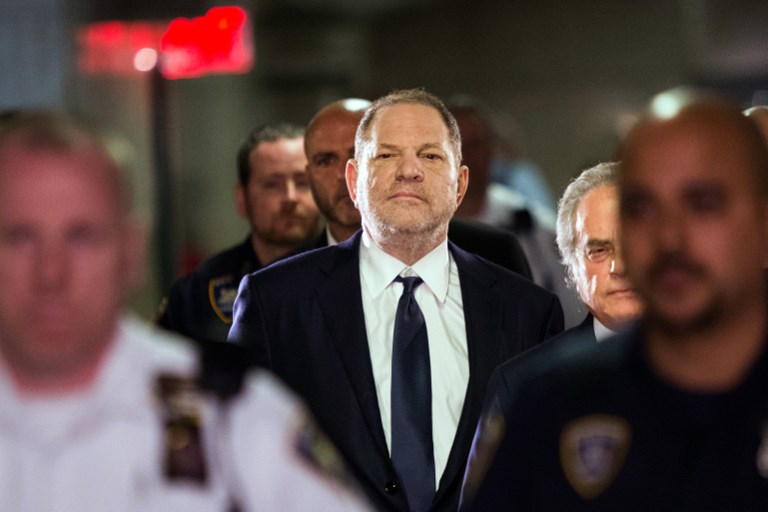 Hollywood mogul Harvey Weinstein has been convicted of third-degree rape and a first-degree criminial sexual act in New York.

The former movie executive, who denies all charges, was found guilty convicted of sexually assaulting former production assistant Mimi Haleyi in 2006 and raping Jessica Mann, a former aspiring actress, in 2013. He faces up to 25 years in prison.

Read: A year in review: #MeToo

However, Weinstein was cleared of the most serious count of predatory sexual assault, according to the BBC.

At least 80 women had accused Weinstien of sexual misconduct, including actresses Gwyneth Paltrow, Uma Thurman and Salma Hayek. The allegations kicked off the #MeToo movement that prompted many victims to come forward against powerful men.

The former movie executive still faces charges in Los Angeles of assaulting two women in 2013. He was taken to New York’s Bellevue Hospital reportedly suffering from chest pains after the verdict was announced.

As dozens more accusations emerged, Weinstein was sacked by the board of his company and a criminal investigation was launched in New York. He was charged in May 2018.

BREAKING: A New York jury has found Harvey Weinstein guilty on two counts – criminal sexual act in the first degree and rape in the third degree.

The following is a statement in response from 23 #Silencebreakers: pic.twitter.com/fXtoZ3Evzc

Today’s historic win in the Weinstein trial is a testament to the bravery and resilience of the #SilenceBreakers, and a victory for survivors everywhere. This is just the beginning. Join @TIMESUPNOW’s fight for safety, equity & justice in every workplace: https://t.co/vEPMuiDSWp

May today’s Harvey Weinstein guilty verdict continue to move the needle toward a future where men are held accountable and women are believed. And may that future forever honor the brave women who courageously refused to be silenced. They’re the real heroes… #MeToo #TimesUp

what about harvey weinstein’s victims experienced in the hours after he sexually harassed or assaulted them? cry me a river https://t.co/zYfStOIO7g

Today’s guilty verdicts
in the Weinstein trial are a testament to the bravery & resilience of the #SilenceBreakers,& a victory for survivors everywhere.
This is just the beginning. Join @TIMESUPNOW’s fight for safety, equity & justice in every workplace: Text COURAGE to 306-44. pic.twitter.com/3yEf4K7OGA