Fayyaz Chohan and his troublesome past 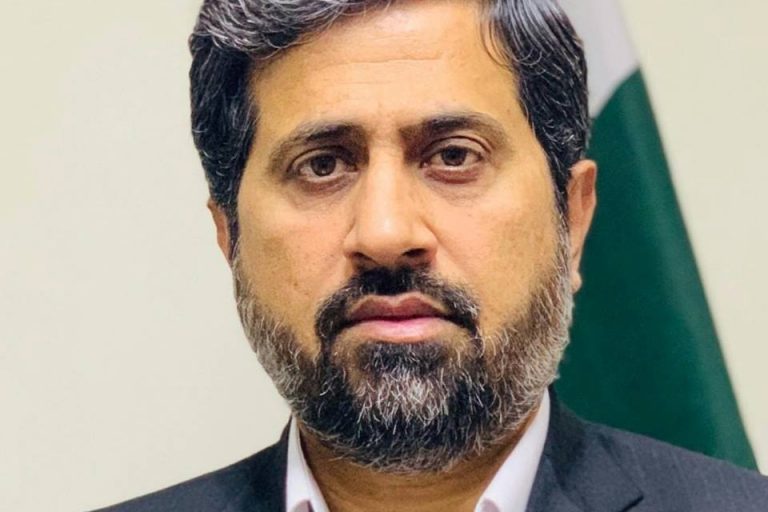 KARACHI: Punjab Information and Culture Minister Fayyazul Hassan Chohan is all about the press. But more often than not he becomes the target of it for all the wrong reasons.

Since yesterday, he has been under immense criticism for his remarks at a press conference in which he referred to the Hindu community as “cow urine-drinking people” and “idol worshipers.”

“We are Muslims and we have a flag, the flag of Maula Ali’s (AS) bravery, the flag of Hazrat Umar’s (AS) valor.”

Chohan came under severe criticism for being disrespectful to the Hindu community in Pakistan. Hashtag #sackfayazchohan has been trending in Pakistan for the past one day and people from all walks of lives are demanding his resignation.

PTI ministers, senators, human rights activists and everyone from the general public is outraged at his remarks.

Absolutely condemn this. No one has the right to attack anyone else's religion. Our Hindu citizens have given sacrifices for their country. Our PM's msg is always of tolerance & respect & we cannot condone any form of bigotry or spread of religious hatred. https://t.co/uOTeyEg4Pb

The derogatory and insulting remarks against the Hindu community by Fayyaz Chohan the Punjab Info Minister demand strict action. PTI govt will not tolerate this nonsense from a senior member of the govt or from anyone. Action will be taken after consulting the Chief Minister.

This is what we get in response to our love & patriotism for #Pakistan from @PTIPunjabPK Minister @Fayazchohanpti using derogatory words for #Hindus "cow's urine" peenay walo & "idol worshippers" without realizing that #4million Hindus live here. Even his party has Hindu MPs. pic.twitter.com/h8rbpVcjLr

I strongly, unequivocally condemn such bigotry against the Hindu community in Pakistan. This is totally unacceptable at any level. We struggle to give all citizens a level playing field but here is a minister using #HateSpeech, inciting violence and discrimination based on faith https://t.co/LYtxOb2rDD

If Blasphemy laws in Pakistan are for all faiths equally, then #FayazChohan needs to be booked for blasphemy. He just can't get away just coz he belongs to Muslim majority. He needs to be punished for his disgusting remarks against the Hindu community.#SackFayazChohan

Chohan later apologised explaining that his remarks were not meant for Hindu community in Pakistan but directed towards Indian Prime Minister Narendra Modi. “I was addressing the Indian army and the Indian media,” he said according to The News.  “I am sorry if my statement has hurt the sentiments of Hindus residing in Pakistan.”

Chief Minister of Punjab Usman Buzdar demanded Fayyaz Chohan to resign and he has been removed from his post.

PTI Punjab government has removed Fayyaz Chohan from the post of Punjab Information Minister following derogatory remarks about the Hindu community. Bashing someone’s faith should not b a part of any narrative.Tolerance is the first & foremost pillar on which #Pakistan was built. pic.twitter.com/uKJiReWc26

Chohan is often in the news for all the wrong reasons. He has been criticised for derogatory use of words while addressing press conferences or referencing opponents. He was also once heard using “four-letter-words” (not specified in sections of the media) against the media, according to Dawn. A video of this was recorded on a mobile phone and circulated,bringing embarrassment to the new PTI government in 2018.

Read:Twitter is calling out Javed Sheikh over his insensitive take on #Metoo

In the same talk, he had made a sexist remark against film actress Nargis. He said the information and culture department was telling him that theatre was not exactly his domain. While saying he would ensure that it comes under his domain, he said: ” “I would ensure that Nargis became Haji Nargis and Megha was fasting for 300 days a year instead of 30 days (in Ramazan),” according to Dawn.

In October last year, while addressing reporters in Lahore he repeatedly used the word “Kashmiri” with the name of Shahbaz Sharif and Hamza Shahbaz Sharif in a mocking manner. This sparked outrage among Kashmiris. Federal Minister for Kashmir Affairs and Gilgit Baltistan Ali Amin Gandapur also called him out for it later.