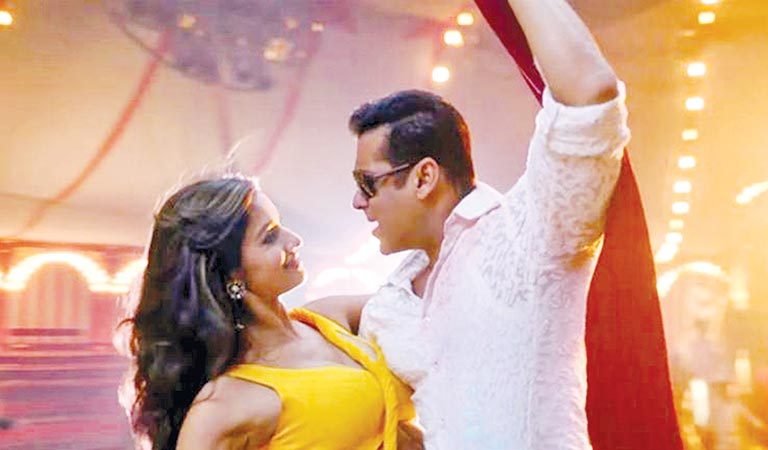 Bollywood has had a long history of encouraging male actors to play roles in films where they’re romancing women that are sometimes young enough to be their children, and hence have a likelihood of promoting the sexist ideology that says the younger a woman is, the more desirable she is. The ever-growing need for discourse surrounding this unspoken predatory existence in the “heroes“ of Bollywood films divulges sub-issues that we believe are equally important to initiate a much-needed change in the narrative of these films.

With the most recent example of Housefull 4, that was released in October this year, where the male actors are almost twice the age of the female actresses in the film, one can argue that casting decisions in Bollywood are clearly endorsing a patriarchal, sexist and ageist mindset.

Read: Are casting decisions of Housefull films a product of ageism against women?

In another recent film, Pati Patni Aur Woh, the same ideology is enforced whereby a man is tempted to cheat on his wife with a younger woman who is shown to be a more sexy and desirable version as compared to his wife. The immediate impression this leaves audiences (both men and women) is that it’s okay for a man to never feel fulfilled by a woman who is close to his own age and more-so to accept and lust after a woman who is younger. What this dangerously does is that it implements a toxic belief in man’s mind that he has some sort of an entitlement towards a woman where she needs to cater to his desirability and always appear ‘youthful’. What this belief further implements to women is that they are not in any way equal to men and have to then see themselves as competing in a sexist race to win a man’s interest, with little to zero importance being given to their own desire for a man- since he’s always desirable regardless of his age, he just basically has to be a man to fit the bill.

Read: Did this Bollywood movie just crack a rape ‘joke’?

It comes as no shock that double standards are real in the Bollywood film industry where a female actress’s shelf-life has a ‘best by’ date but a man’s is seemingly timeless. Recently actress Sonakshi Sinha, who is gearing up for Dabangg 3, called out this concept for just being straight up strange. Free Press Journal reported that the actress felt prominent Bollywood male actors playing roles where they’re romancing way younger women is ‘a bit odd’ and further added how if the roles were reversed, people would not accept women romancing men with the same age gap, “but would you want to see Madhuri Dixit romancing Ishaan Khatter?” she asked.

In another interview in March this year, actress Dia Mirza expressed to India Today how female actresses are made to feel like they can’t be cast with male actors (as their love interest) who are the same age as them! While speaking about battling age perception in the industry she stated, “I am seen to be at an age where I am not young to be cast alongside male actors who happen to be my age. At the same time I am not mature enough to play older female characters. It’s an age conundrum.” Bollywood’s ageing problem is clearly, specifically made to be an issue for women. The same does not apply to men who can just as easily be masked with makeup and cast for roles alongside women they have no similarity in age with. It makes one wonder why female actresses are not awarded the same courtesy?

Judging by the interviews that female actresses in Bollywood one can argue that they are forming fears of being ‘replaceable’ solely based on their birth date. Where actual acting talent is concerned, female actresses are not- according to the fact that actors like Salman Khan and Akshay Kumar are still being cast in films with younger actresses because of their ‘talent.’

In this case, keeping the inequality of opportunity in the Bollywood industry in mind, it is crucial for a progressive transition to enlighten a more mature audience. The misogynistic mindset that has been enforced since years (by these films) has made audiences regressive in their own beliefs which is why this issue is seldom spoken of. As more and more films are called out for their problematic narratives, therein lies the potential of empowering the perception of women in films and ensuring a fairness to reside between both genders. Furthermore, can we please just let men romance women their own age for once? Predatory behavior is so 14th century.