Are casting decisions of Housefull films a product of ageism against women? 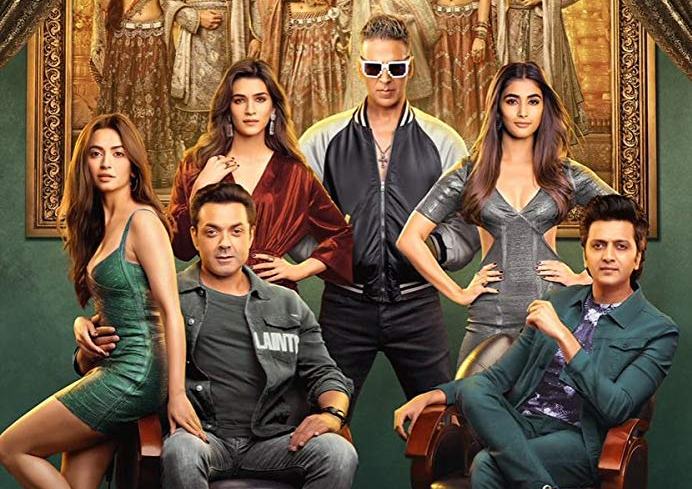 Bollywood film Housefull 4 is due to be released in October 2019. A recent poster of the film that was released showed the female cast being almost half the age of their male counterparts. It’s important to note that this isn’t the first time Bollywood has produced a film endorsing an old man-younger woman relationship. With examples like Nishabd and Cheeni Kum where the female interest is old enough to be the man’s daughter, it’s made us wonder if the casting decisions for the film’s sequels are limited to the age of the male characters’ love interest.

Housefull series posters 😍🔥
Housefull giving us something new with every new part 😍
From 2010 to 2019 ! #Housefull4 >>> pic.twitter.com/d3wXjqBRWt

The female cast of Housefull 4 comprises of Kriti Sanon, 29, Kriti Kharbanda, 30 and Pooja Hedge, 28. In comparison to the first three films of Housefull, the previous female actresses that have been casted for the role are all currently in their mid thirties and closer to the age of the male actors. The constants of the film i.e. the male actors are notably much older than these actresses. Akshay Kumar is 52 years old making him old enough to be Pooja Hedge’s father!

Astonishing age gaps in Bollywood are almost common with some directors arguing that certain actors such as Amitabh Bachan, Shahrukh Khan and Salman Khan are timeless actors that can embody any role. However, this privilege/line-of-thought is not followed for female actresses. Very rarely (or probably never) have we seen a female actress romancing a younger male lead. Aishwarya Rai is probably the most recent exception to this with her role in Ae Dil Hai Mushkil where her love interest was Ranbir Kapoor who is almost 10 years younger than her.

People argue that love doesn’t have an age if it’s legal and appropriate but it seems to only apply to men in the film industry. Time after time the thought that a younger woman is more desirable is pushed forward by Bollywood films which then adds to patriarchal practices. Housefull 4 is yet again a depiction of this, not only is the film encouraging the replacement of older love interests with younger ones but it’s leading to the larger narrative of women being replaceable/ a-dime-a-dozen.

One of the main leads of the upcoming film, actor Akshay Kumar posted the official poster of Housefull 4 on his Twitter that is giving us all the men in midlife-crisis vibes. We hope by  Housefull 5, they snap out of it!