Did this Bollywood movie just crack a rape ‘joke’? 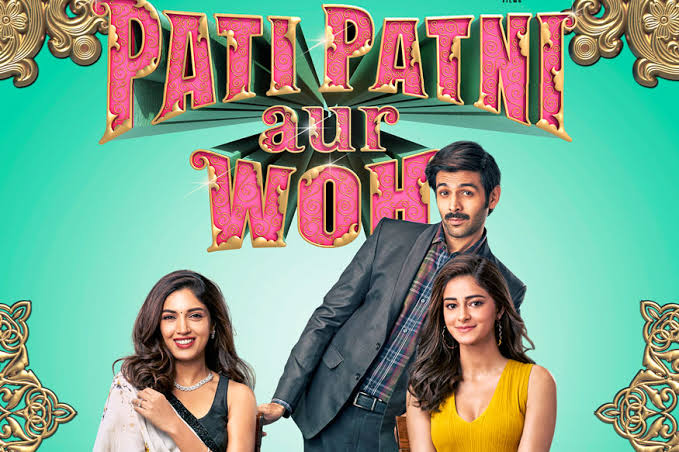 The trailer for upcoming Bollywood movie Pati Patni Aur Woh, which stars Kartik Aaryan, Bhumi Pednekar and Ananya Panday, was released on Sunday and has led to widespread dismay about the casual insensitivity towards rape and a wife’s consent.

The film has a heavy dose of relating love with lust as the main character played by Kartik Aaryan is seen to be swayed by a woman who claims that she “loves sex” to whom he is immediately shown to marry. The narrative of the film is shown to progress into subtly demonizing the wife’s character who is shown to induce misery into her husband’s life by spending his money on shopping, cars and by refusing to have sex with him. He is quickly prompted by his friend who provides him with the advice, “In life there is either reality or fantasy.” Enters the character of his to-be-mistress who is (as every man is taught via misogyny) an “upgraded” version of his wife as she is younger, more fashionable and more sexually appealing.

The trailer slowly but surely takes a shocking turn when Kartiks character in sheer frustration complains about how his wife is not actively engaging in intercourse with him which leads him to say the highly problematic statement: “If I somehow trick her into having sex with me, then I’m a rapist too?” Not only does this paint an incredibly dangerous and malicious portrait to men, indicating that in order to get your partner to have sex with you, you must manipulate her, but it attempts to normalise the concept of marital rape.

Read: A list of the most toxic traits of Kabir Singh

In a country such as India where marital rape is often sneered upon by society-as a real thing, it is an obvious impediment to progress for women’s rights. According to the National Crime Records Bureau (NCRB) 2013 annual report, 24,923 rape cases were reported across India in 2012. Therefore, it is evidently irresponsible for films such as this one to cater to and promote such a narrative.

Users on Twitter were quick to slam the film for its problematic stances.

The sickening pervasive misogyny that is increasingly becoming a trend in Bollywood is disturbing to day the least. Rape jokes, crass remarks about 'obtaining' sex from women as if that's all that one can 'get' from the fairer sex….. what else is left? #PatiPatniAurWoh

Not expecting @TheAaryanKartik to be the moral compass of the society but rape jokes aren't funny. #PatiPatniAurWoh makers, this is a dangerous trend.

#PatiPatniAurWoh its really bad to have such movies in the era of such beautiful message driven movies . We need to comeout of this and support orignal comedy.

#PatiPatniAurWoh is a classic example of how insensitive bollywood is to important issues. @TheAaryanKartik needs to be very careful about the actual content of his monologues. This is not the Dada Kondke era anymore!

No one really gives a fuck about our online outrage for #PatiPatniAurWoh. If and when someone within the industry decides to fight against such crass content, we'll probably witness some change. 🤷🏻‍♀️