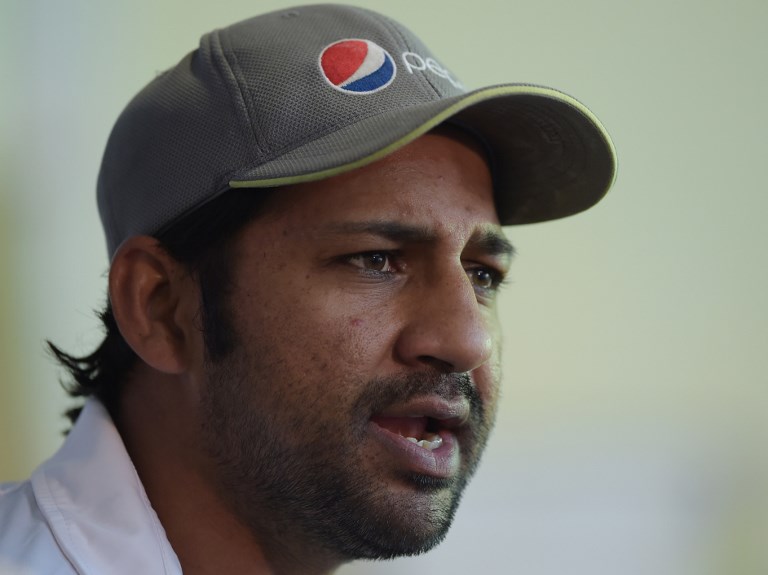 So far, no official statement has been made against the Pakistani wicket-keeper and it’s yet to be seen whether his comments come under the International Cricket Council ‘s (ICC)code of conduct for player misbehaviour or are in violation of the organisation’s anti-racism code. Under the ICC’s anti-racism code “any conduct (whether through the use of language, gestures or otherwise) which is likely to offend, insult, humiliate, intimidate, threaten, disparage or vilify any reasonable person in the position of a Player, Player Support Personnel, Umpire, Match Referee, Umpire Support Personnel or any other person (including a spectator) on the basis of their race, religion, culture, colour, descent, national or ethnic origin,” is considered an offence.

Ahmed’s remarks sparked outrage on social media, but there were some who chose to defend the skipper. Here are some Twitter reactions:

Many called for strict action to be taken against Ahmed:

This isn’t funny. Its pathetic and racist. https://t.co/J3OeIW4CuR

This #SarfarazAhmed racist slur has freshen up the memory of Symonds and Monkey Gate.
Indians back then were defending Harbhajan
Pakistani are doing the same with Sarfaraz.
Be it Indian or Pakistani we all are racist to the extreme.

Shame on you Sarfaraz. You represent your country and if you resort to #racism then you need to suspended for a very long time. South African board needs to suspend the series until serious steps are taken against #SarfarazAhmed With you @andileluck19

Ahmed comment towards SA player Phehlukwayo was shameful.
Such a disgraceful & racist comment in the line of sport shows the worst sportmanship of Pakistani players.#Sarfaraz should publicly apologize.#SAvsPAk #NZvIND pic.twitter.com/Gy7uMsD2rC pic.twitter.com/MrsRupTjTP

After the racist ramarks of Sarfaraz Ahmed on South African cricketer he must be banned.. @ICC @pid_gov @TheRealPCB @SarfarazA_54 @andileluck19 @BCCI

Sarfaraz Ahmed deserves a serious punishment and a significant ban. C’mon @ICC , do something for his racist comments! How disgraceful!
Gentleman’s game being disrespected and how! #SarfarazAhmed #Pakistan #PakVsSA

Sarfaraz Ahmed should be banned/suspended for a long time. Racial abuse cannot be tolerated. This is absolute bullshit!!

@KP24 This is absolutely unacceptable KP..Racism is strictly banned and here is this guy Sarfaraz Ahmed calling Andile "Black".. Cricket at it's lowest.. Pathetic.. Kindly take this issue up Champion.. #SAvsPAK

Sarfaraz Ahmed hurling racial abuse at Andile Phehlukwayo behind the stumps. @ICC is this a joke? He is the captain of his team and representing his nation. What kind of behavior is this?#SAvPAK

Sarfaraz Ahmed just called Phehlukwayo "Kaaala". This is extreme racism and inappropriate in the line of sport. He should be fined or something. #SAvPAK

Sarfaraz Ahmed should be taught an unforgettable lesson,so that no one else could ever even think of passing on such racist comments to other players.His actions truly deserve violent repercussions #PAKvSA

It's Just A Disgraceful Comment By Pakistani Skipper Sarfaraz Ahmed Calling A South African Player "Kaale" Which Translate To English As "Disrespectful Black".@ICC Must Take Strong Action Against Such Acts.#ShameOnYou #Sarfaraz #SAvPAK #SayNoToRacism

Sarfaraz Ahmed deserves a ban for the racist comments ,of your opponent doesn't understand Urdu that doesn't mean u can come up with anything#Sarfarazahmed

#SAvsPAK Sarfaraz Ahmed (c & wk) should publicly apologize for his remarks made for African Batsman @Phesh54321. He is the leader of the team.

Even Shoaib Akhtar condemns Ahmed’s behaviour and asked him to issue a public apology.

Sarfraz must explain himself to Media & public regarding his comments to batsman.. pic.twitter.com/Ocx74ry4IW

While some were defending the cricketer:

Quite hypocro of you. When players openly abuse other, maligning mothers and sisters of their opponents and teammates, it is considered beauty of the game. If calling one black is racism then Muhammad Ali should be sued for racism for proudly calling himself the Black Superman.

I don't think so,it would ve been said in English if intent was being racist. It was out of frustration.This is common in our culture,Molvi,Lambo,Kalloo,Akhroot etc. Yes being captain of National team & specially when a lobby is after you,it is a attempted suicide @adeel_azhar

People in South Asia often use the word Kaala or kaalu for a person who has a dark complexion. The word is often used either as a ‘joke’ or in a demeaning manner. Ridiculing someone for his/her complexion is outrageous and racist.