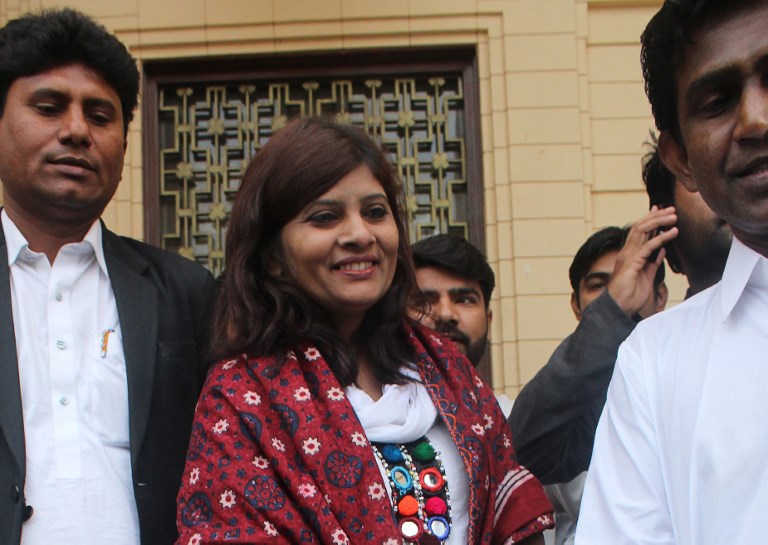 Krishna Kumari Kohli walks out from the Sindh province assembly building after the Senate election in Karachi. PHOTO: AFP

KARACHI: Krishna Kumari Kohli, Pakistan’s first female senator from the Dalit caste, has made it on the list of BBC 100 Women 2018.

BBC announced its list of 100 inspiring and influential women from around the world for 2018 on Monday.

Kumari, who hails from Tharparker, was previously forced into the bonded labor, was elected to the Senate earlier this year.

“Krishna was elected to the Pakistan Senate after campaigning for women’s rights, having previously been forced into bonded labour for three years,” the BBC wrote on its website.

The PPP senator received a master’s degree in sociology from University of Sindh in 2013 and has actively worked against bonded labour, sexual harassment at workplaces, and for the rights of women and the people of her village, according to GEO.

According to the Pakistan Hindu Council, the Hindu community constitutes of about 4% of Pakistan’s total population, and with an overwhelming majority in Sindh.

The National Assembly of Pakistan abolished bonded labour through the Bonded Labour Abolition Act 1992. However, the practice continues in the various areas of Sindh.