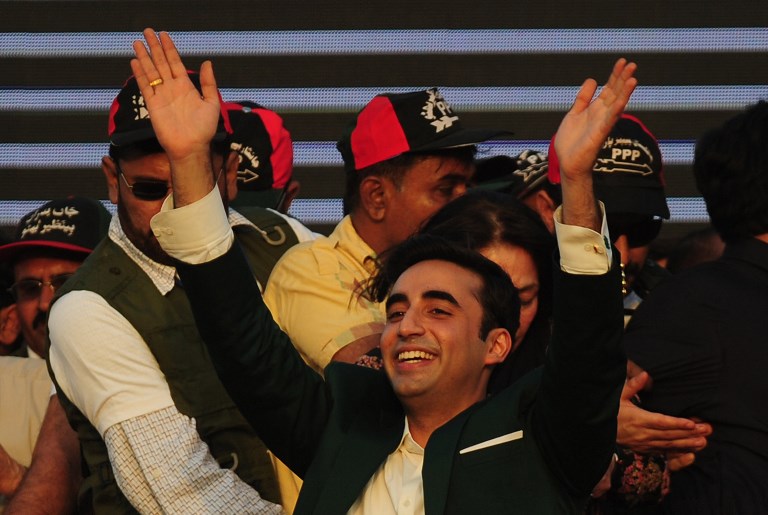 Bilawal Bhutto Zardari (C), chairman of Pakistan Peoples Party (PPP), waves to supporters during his arrival for a public gathering in Karachi on October 18, 2014. PHOTO: AFP

KARACHI: The Sindh government has appointed a Christian man, Salman Talibuddin, as its provincial advocate general, the first time a member of a minority has been appointed for the post.

“Inclusion [of a Christian AG] according to Jinnah’s vision is the only way forward for an open society,” said Pakistan People Party (PPP) leader Sherry Rehman in a tweet.

Talibuddin is currently serving as an additional attorney. The post of advocate general fell vacant after the Zameer Ghumro resigned following remarks against him by Chief Justice Mian Saqib Nisar.

Well done Sindh Govt for appointing the first Christian Advocate General in Pakistan’s history. Inclusion according to QA Jinnah’s vision is the only way forward for an open society. https://t.co/GXAiyT4Jvg

In March this year, PPP fielded a Christian man and a Hindu woman in senate elections. PPP’s Anwar Lal Deen and Krishna Kohli became senators in the elections held in the Sindh Assembly. Krishna belongs to the dalit caste and hails from Tharparkar.

The decision to include marginalised members of society in the government was appreciated by social media users.

Kudos to PPP for electing #KrishnaKohli & #AnwarLalDeen to Senate & acknowledging the efforts of its worker base. Our parliament should have representatives of all religions, classes & genders in pursuit of true democracy. pic.twitter.com/RhVrzpe9Ib

Earlier, economist Atif Mian, a member of the Ahmadiyya community, was chosen as an economic advisor by Pakistan Tehreek-e-Insaf (PTI). However, after criticism from the country’s right-wing groups, the ruling party asked Atif to step down from the Economic Advisory Council (EAC).