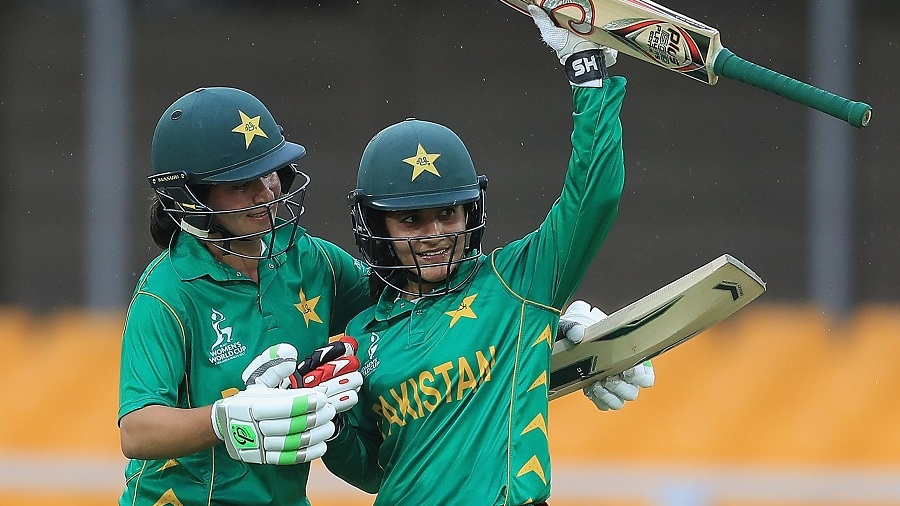 Captain Javeria Khan sets record for scoring the highest runs in a T20 by a Pakistani. PHOTO: ICC

KARACHI: Pakistan may have accepted defeat on Friday for not making it to the ICC Women’s World Twenty20 2018 finals, but Captain Javeria Khan’s blazing performance has proved it yet again that Women in Green are rising.

Earlier on Wednesday, 30-year-old Javeria set the record for securing an unbeaten score of 74 runs against Ireland, the highest individual score in a T20I by a Pakistani all-rounder. It was also the only win for Pakistan from the four matches the Women in Green got to play in the series.

In her interview with the International Cricket Council (ICC), Javeria was all but praises for her team. “The players were expressive. If someone has [had] less exposure … when we get into these kind of situations, a few of us don’t know what to do. With more matches, we’ll get better.”

Pakistan Zindabad 💚! Happy to manage the clean sweep against Bangladesh. But this is not the stop. Tough season ahead and we need to work harder. Prayers needed 🙂. #PAKWvBANW #Blessed #Teamwork #Hardwork #Thankful

The win against Ireland had come after a rough defeat from India and Australia. However, the team as a whole was praised for giving a decent performance in the perform-or-perish situation it had landed itself in.

“I would say there were many positives, and every girl should be proud of the fact that they have played this World T20. Our group was strong and it didn’t affect us and they played good cricket,” the impassioned captain said.

“We were not this clinical with our bowling. We were good in patches, and throughout the match we didn’t field well,” Javeria said after Pakistan lost to New Zealand, thereby getting eliminated from the series.

“It was a good toss to win. We should have restricted them under 110 to 115 because the pitch wasn’t offering much pace,” she said, adding that facing two of the top teams, India and Australia, in the series has definitely strengthened the Women in Green.

“We have made mistakes and we’ll come back stronger, and cut down our mistakes and just carry the positives which we have done.”

When asked to pick her favourite team from the competition, Javeria didn’t flinch. “Australia, by far”

Other than Javeria, batters Bismah Maroof and Nida Dar also rose to the occasion scoring half-centuries at different points in the tournament.

Maroof, the former Pakistan cricket captain, stepped up to play the ground after undergoing a sinus surgery earlier in July, recovering from the treatment just in time to get selected again for the tournament. She then went on to sweep 53 runs off 49 balls, her personal highest, against India earlier this weekend.

Read: It’s 2018 and not even one woman made it to ‘world’s highest paid athletes’ list

While the victory buzzed largely across news websites, it didn’t make it to Twitter’s daily trending list, whereas Karachi King was seen hovering at #2.

Women in Green, way to go!