Was Jibran Nasir’s election campaign an entire loss? Hell no 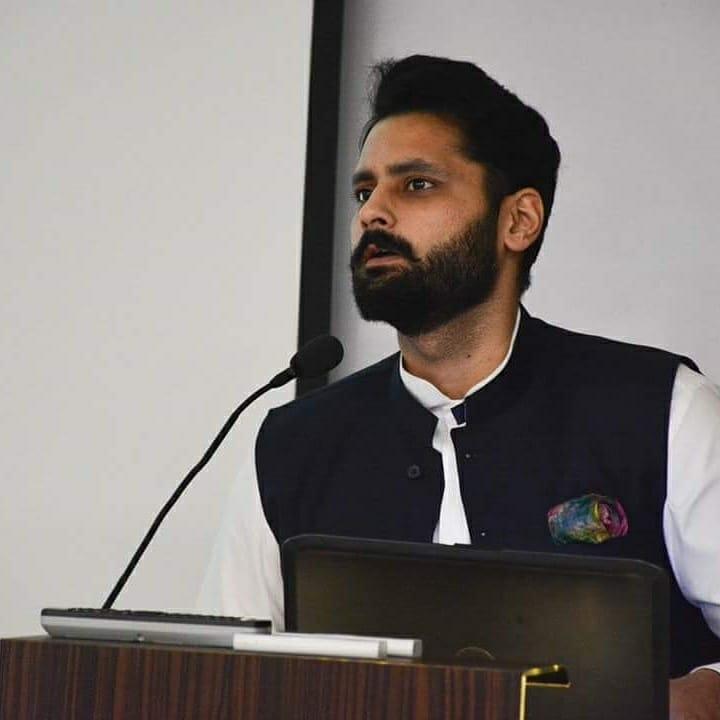 Jibran Nasir who was contesting elections from NA-247. PHOTO: FACBEOOK/PROFILE

KARACHI: With a clear edge over other parties, Imran Khan’s Pakistan Tehreek-e-Insaf (PTI) will come into national power for the first time. His party has won over many political bigwigs from the Pakistan Muslim Leagure-Nawaz (PML-N), Pakistan Peoples Party (PPP) and Muttahida Qaumi Movement (MQM) in their home turfs.

Seeing their wave of victory, it’s unlikely that independent candidate Jibran Nasir will step into Parliament this year but despite the loss at the polls, his people-powered campaign has been successful in many ways, managing to win over the hearts and minds of many people of Karachi and across the country.

Jibran is contesting the elections as an independent candidate from Karachi NA-247 and PS-111 against heavyweights like MQM-P’s Farooq Sattar and PTI’s Arif Alvi, who won the seat in the 2013 general elections.

Read: Jibran Nasir vs the police

“We are surprised at the results because PTI’s Alvi getting around 40,000 votes is a bit indiscernible for us. At corner meetings, people always said Alvi did not deliver anything after winning last time,” says Qurrat Mirza, who is part of Jibran’s team.

“On the last day, when we went out on roads and streets with Jibran, people were cheering for us and giving us a thumbs-up.”

Jibran Nasir, if you see this, my plus 80 year old dadi and 14 other people from my family voted for you.
We don't know if you'll win, but my dadi keeps saying this might be her last vote & she hopes she lives to see you win.
All of us do.#JibranNasir #HumMeinSeAik

I would have loved for Jibran Nasir to win but, realistically, it's always a tough ask. I am super proud of how he has campaigned in these elections, and a guy like him would still be helpful for the people around him even if he doesn't win.

Best of luck @MJibranNasir! You got my entire family’s vote.

“I can’t comprehend how the PTI could bag so many votes,” she adds, while also highlighting the delay in processing of the votes.

Qurrat claims polling staff kept delaying the counting of the votes and abstained from giving results through forms 45 and 46. “They made polling agents so that they could announce the results,” she adds.

Still, she remains hopeful and believes their campaign set a precedent in Pakistan where a candidate challenged political powers without using religion, bigotry and hooliganism.

Jibran’s campaigning supporters came under attack by extremists after he stood up for a religious minority, the Ahmadiyya community, refusing to call them kaafir. Videos of him and his supporters being pelted with stones have made rounds on social media. In one such video clip, Jibran is seen blowing kisses to his opponents who were shouting slurs at him near Delhi Colony in Karachi.

Earlier today at #Delhi Colony during polling several members of a outfit started chanting "Qadiani Haray Ga" at me and then suddenly a 7 year old appeared on a bicycle seeing me blowing kisses at the group and he screamed "Jibran Nasir Jeetay Ga" without an iota of fear. #Future pic.twitter.com/9rCN8rzjTb

Naeem Khan Chandio, a supporter of Jibran, says he voted for him since he was the only one protesting for the rights of people, while others were nowhere to be seen.

“Whether it was Hazara killings or the Abbas Town blast, Jibran was on ground, raising a voice for the people. When my friend Shahzaib Khan was killed, and we came to the press club to protest, he was there with us even though we did not know him,” Naeem says.

It was his “untiring activism for the masses” that made Jibran his candidate of choice.

“I knew that there were big shots contesting the NA seat but was really hopeful for the provincial seat. Arif Alvi of the PTI did not show his face even once after winning the last elections and the residents of my constituency were quite aware of that,” he adds.

Naeem refuses to believe that it is a defeat for Jibran. “Getting votes in thousands while contesting independently is a big achievement for Jibran. Now, the work begins for him and his supporters to consolidate the vote book for the future,” he said.

Why did Jibran lose though?

Ali Arqam, a seasoned journalist and an accredited observer of the polls, says Karachi does not have a trend of independent candidates. “You can’t get many votes unless you make an alliance with others,” Arqam believes.

“The make-up of the area (constituency) is mixed. There are posh areas and a few colonies. I have seen first-hand political activities in Afridi and Hijrat colonies, where the Pashtun community wanted to vote for the PTI because they had been disillusioned with the smaller parties,” he adds.

Arqam further says that Jibran’s campaign was marred by fundamentalists in areas like Delhi colony, which must have also played a role in his defeat.

On the other hand, some believe that the alternative Jibran presented was not very appealing.

Khurram Ali, a political activist and former organiser of National Students Federation in Karachi, said that although it was tragic that Jibran lost, it was inevitable.

“Jibran’s failure was imminent because he was following the feudal structure of a one-man show while campaigning for the polls. He tried to build a one-man party that revolved around him only. This individualistic approach could have worked well in a feudal area but not in an urbanised area like Karachi,” Khurram says.

Further, he adds that Jibran’s politics was without any ideology which suits the ruling classes. “His program was not progressive or socialist. That is why he couldn’t work on the grass-root level. If he was trying to work within the system, then he must have known that there were better people that voters could choose,” he says, adding, “His main focus was on marketing which was done better by the PTI and they defeated him.”