Raza Shah is looking to bring change with a one-point agenda: free health for all 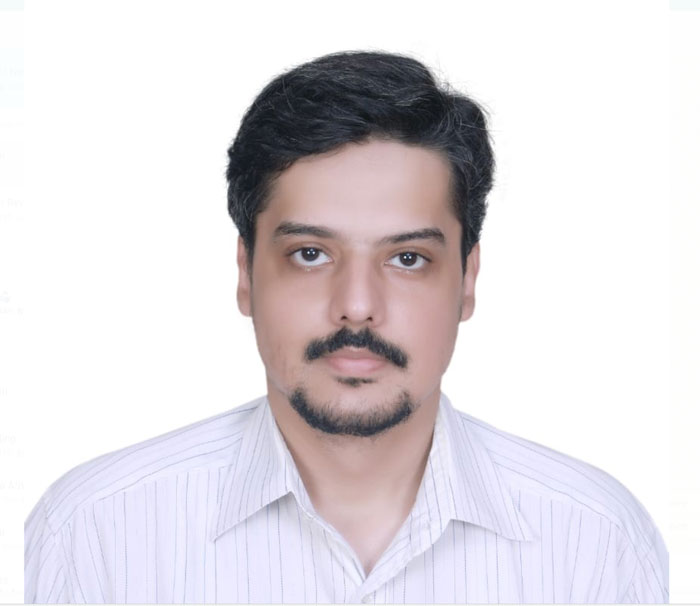 Raza Shah left his job in the banking sector to challenge the political bigwigs of his area and show people that there is always an alternative. PHOTO: RAZA SHAH

KARACHI: After a long day of campaigning, an exhausted Raza Shah finally sits down outside a cafe in Karachi’s Bahadurabad area for a quick meal. His walking stick, now a significant part of his life, rests next to him.

“I want people to vote for me after listening to my narrative not after seeing my disabled leg,” says Raza, who is standing as an independent candidate in the General Elections 2018 for PS-103.

Raza, 35, contracted polio virus when he was just a year and a half despite being vaccinated. The vaccines at that hospital were expired which cost Raza heavily for the rest of his life. And this is what has driven him to stand for the upcoming elections with a one-point agenda: free health for all.

Pakistan remains one of only three countries, including Afghanistan and Nigeria, which failed to stop the transmission of the wild poliovirus, according to World Health Organization (WHO).

Read Jibran Nasir vs the police

Raza has a graduate degree in Commerce and Banking, and has managed to complete over 50 courses in similar fields. He left his job in the banking sector to challenge the political bigwigs of his area and show people that there is always an alternative. He believes that contesting elections on an independent seat can bring about grass-root changes in society.

Differently-abled people constitute 0.48% of the total population in Pakistan, with around half a million in number, according to the latest census.

Raza believes in an inclusive society and says that political parties should ideally at least grant a specific number of tickets to the differently-abled people. But he realised having such hopes from political parties was idealistic and decided to take matter into his own hands. However, he stressed that he does not want sympathy votes. “I don’t want to gain sympathy votes. Actions speak louder than words and people should realise that we, on our own, can do a lot without whining about our problems,” he says.

Read With less than 8% tickets allocated to women, under-representation in Parliament to continue

Lacking resources that other parties enjoy, Raza is running his campaign through word of mouth and by distributing pamphlets. Every morning, he leaves his house with a friend to meet his constituency’s residents. “We started out with meeting people we knew. We convinced them to vote for me or at least look for another independent candidate whom they can trust. Once the word spread, people started giving us more contacts and now we have a tight schedule of 12 hours of electioneering in a day,” he says.

Raza faces Tanzeel Bin Abdul Rauf from the Muttahida Qaumi Movement-Pakistan (MQM-P), Shehzad Memon of Pakistan Peoples Party (PPP) and Bilal Ahmed Ghaffar from Pakistan Tehreek-e-Insaf (PTI) from his constituency. Areas such as Faisal Cantonment, Gulshan-e-Iqbal, Gulistan-e-Jauhar and Bahadurabad fall into his constituency, traditionally a stronghold of the MQM.

Chances of Raza winning the PS-103 seat remain slim but he insists that contesting this election “has nothing to do with winning or losing”.

“I just want to show people that we can run the campaigns, raise our voice and make a difference on our own,” he says.