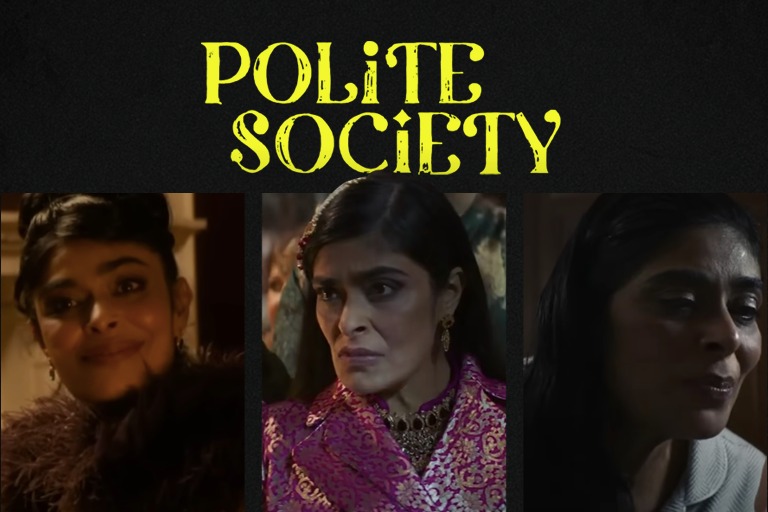 KARACHI: Martial arts in bridal lehnga? The horror of evil in-laws and full body waxes? Pure sisterly affection? All of these elements make up the interesting movie called Polite Society. The new movie will star our very own Nimra Bucha and is set to premiere at the prestigious Sundance Festival this month. Here is all that you need to know about the new movie!

Nida Manzoor’s debut film, Polite Society, will be screened at the Sundance Film Festival on January 20th! As per their official description, the movie is an, “Anarchic mashup of genres (action comedy, heist, martial arts, Bollywood, social horror).” It centers around sisterly love and pokes fun at the horrors of marriage and also features quite the star cast including our every own Nimra Bucha who will be sharing the screen with Priya Kansara, Ritu Arya and Ella Bruccoleri.

Polite Society tells the story of Ria Khan who shares a beautiful bond with her elder sister, Lena. They are always in each other’s corner, especially Lena who supports her sister’s dream of becoming a stunt double. But tables turn when Ria realizes that her sister’s in-laws are pure evil and that she has to save her sister from impeding doom in the form of marriage, with the help of her fellow martial arts friends. One look at the trailer and you know the movie has a lot to offer. From jokes to impressive moves in bridal outfits, the movie definitely offers something fresh to watch.

To make things even more interesting is the fact that the trailer suggests that Nimra Bucha will be playing the villain, evil mother-in-law. She serves all the looks and torture techniques including a full body wax! She’ll even be pulling off some impressive stunts! And what is not there to love about that evil laugh of hers?

The movie is expected to hit theatres in April!