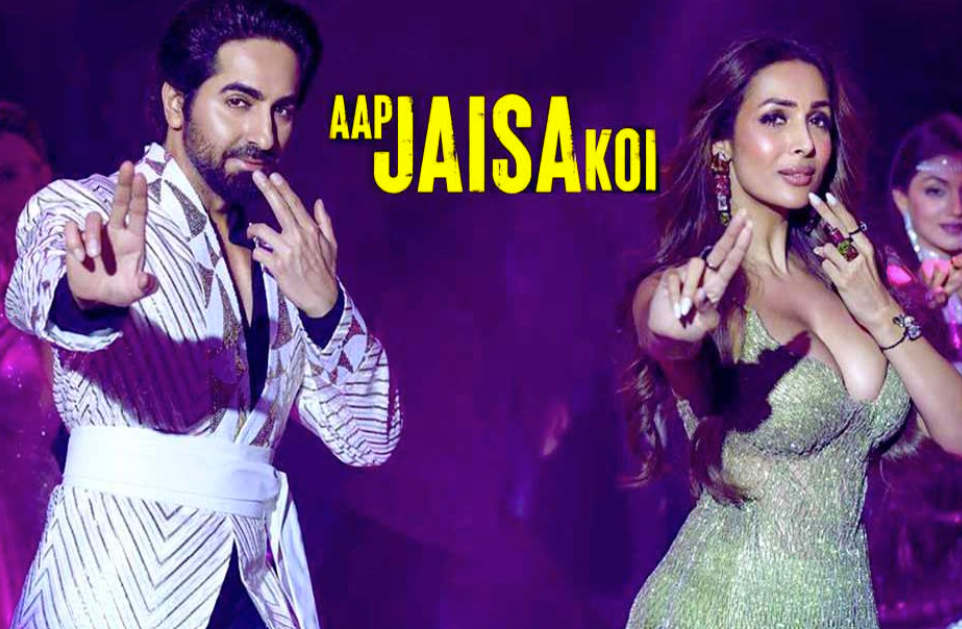 KARACHI: While Bollywood has put an indefinite ban on Pakistani artists and movies, it seems as though it has no qualms in copying our work. Over the years, many classic songs have been recycled and remixed for new movies but more often than not, they miss the mark. And that is exactly what happened with the classic ‘Aap Jaisa Koi’ by Nazia Hassan. Naturally, fans of the original song are not happy.

The remix of the song marks the comeback of Malaika Arora who will be starring in An Action Hero alongside Ayushmann Khurrana. Sung by Zahrah S Khan and Altamash Faridi, and very much unlike the original Nazia Hassan track, the new version of ‘Aap Jaisa Koi’ is heavily autotuned. Those who heard the song called out Bollywood for taking liberties with Pakistani music and butchering the songs.

That Aap Jaisa Koi remake is an atrocity… it was unnecessary and the audacity to replace Nazia Hassan’s voice with Zarah Khan MY HEAD IS HOT 😡 pic.twitter.com/tUiaZW793m

Some critics of the track talked about the fact that if the movie did want to use the lyrics of ‘Aap Jaisa Koi’, the original version by Nazia Hasan would have been just fine. While others also pointed out that the song was meant only for Zeenat Aman and no one else.

Some songs are better left untouched!

Aap Jaisa Koi by Nazia Hassan + Biddu combo is one of them. The former must be shifting in her grave listening to the recreation by Tanishk Bagchi.

Not just content the current phase in Bollywood is in its lowest ebb in terms of music.

It happened. They remade ‘Aap Jaisa Koi’ by Nazia Hasan.
I love Malaika, but I’m sorry, she can’t top Zeenat Aman here. Can you imagine anyone but Malaika in Chhaiya Chhaiya? Exactly. Bollywood is tanking.

Fans of the original had a few choice words to say about the remix.

aap jaisa koi remake is absolutely deplorable, they have ruined Nazia Hassan’s royalty. I’m going to listen to the original song the entire day to calm myself.

Can’t watch it, can’t hear it. WHY can’t Bollywood make its own songs? Why why! #NaziaHassan https://t.co/gm3Ii1tYby

Looks like it’s time to put the original song on repeat to cleanse our systems!

Boom Boom by Meesha Shafi is a visual treat