Boom Boom by Meesha Shafi is a visual treat

Paying a tribute to Nazia Hassan, Meesha Shafi recreated Boom Boom on Velo Sound Station and did full justice to the original song 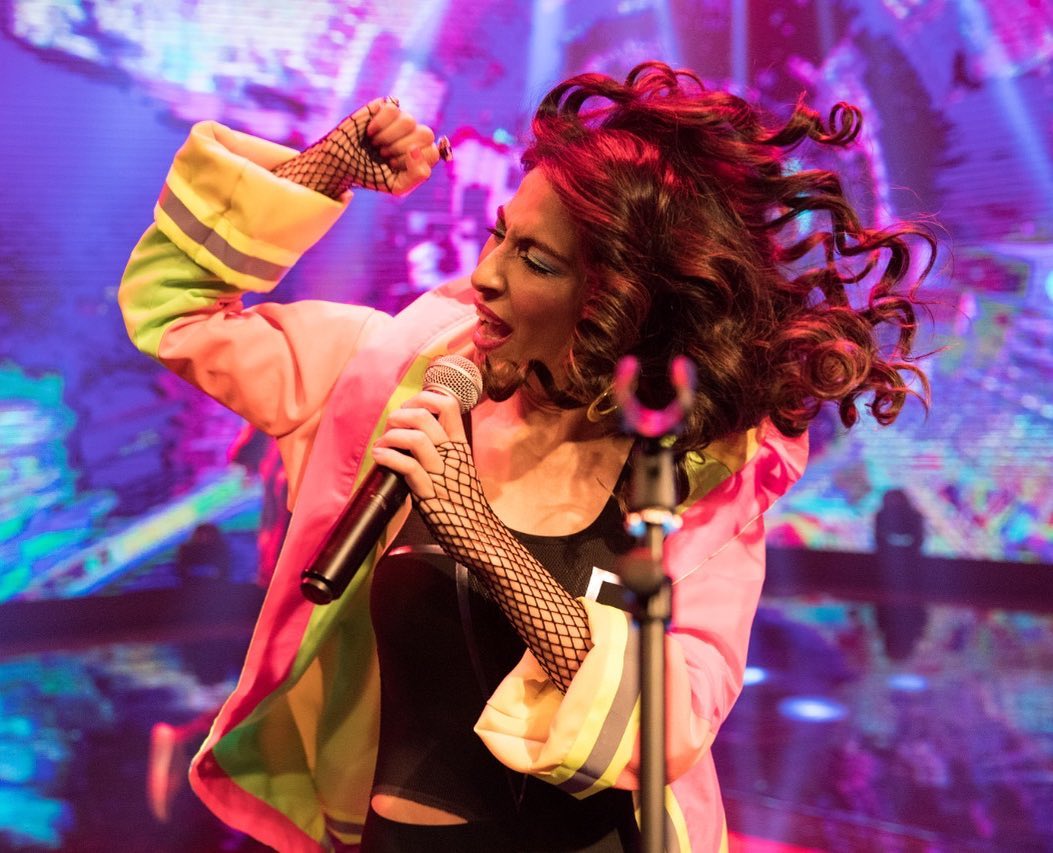 KARACHI: Meesha Shafi has been the talk of the town these last few days. From her birthday on 1st December, she had her fans guessing about what she had in store for them. 4th December, specially, was a big day for the artist as she was set to release two songs on the same day from different platforms. The first song of the day was Na Tutteya Ve from Coke Studio 2020 in which Meesha Shafi left her fans stunned with her rap. Next came her track for Velo Sound Station. Recreating one of Nazia Hassan’s most iconic songs, Meesha Shafi presented a visual treat in the form of Boom Boom.

Shafi had been hinting towards a unique performance for a few days as she uploaded pictures of her in a neon jacket. With her hair curled and fishnet gloves and a colourful jacket complementing her otherwise plain black look, Shafi looked amazing as ever. However, what worked better for the whole performance was the way animations were incorporated in it and psychedelic lighting was used to create a dramatic effect. Of course, Shafi’s vocals were as strong as ever as she began with a low pitch and English lyrics.

As the track picked up pace, the audience broke into a dance but Shafi did not seem to need anyone else. Taking off her hood and grooving to the song, she dominated the stage and used up the space to perform freely. Her expressions matched each note that she hit and not once during the 5 minutes long performance did she lose her energy.

Recreating old classics is always a gamble but Boom Boom by Meesha Shafi hit the nail on the head in every aspect. The team managed to add a modern twist to the song without altering the essence of the original. The latest track by Velo Sound Station might just be the best song of the season, unless the team has other hits hidden in store.