Coke Studio 2020: First song of the season is an all-women anthem 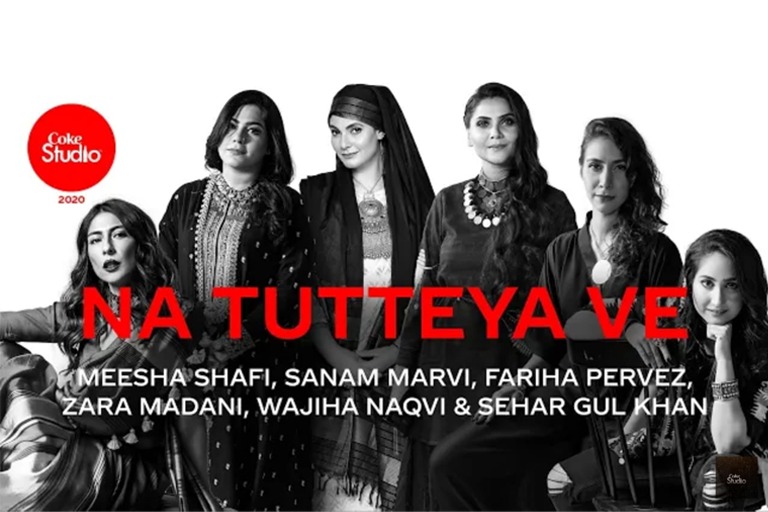 KARACHI: Coke Studio always evokes anticipation. Whether people expect it to be good or bad that year, that’s a different story. But the arrival of every new season is met with excitement. Coke Studio 2020 is no different.

The latest season is the 13th edition of the coveted show, and is spearheaded by Rohail Hyatt who made a comeback last year, after various producers tried their hand at maintaining the prestige that Coke Studio has built over the years. Often, the show begins with an ensemble performance that features all the artists, and is usually a cover of a patriotic song (for season 11, the show produced a cover of Hum Dekhein Ge).

Coke Studio 2020 has tried something a little different for its opening song: an all-women anthem. ‘Na Tutteya Ve‘ features Meesha Shafi, Sanam Marvi, Fariha Pervez, Zara Madni, Wajiha Naqvi and Sehar Gul Khan and is about the resilience of women and their unbreakable spirit.

Not only is the song empowering because it features an all-women ensemble, but the lyrics revolve around the suffering endured by women, and the shackles placed on them by society, despite which they rise and stand tall, always.

The lyrics have been penned by Shuja Haider and Asim Raza while the song has been composed by Shuja. The song follows the usual format that Coke Studio is now famous for, a fusion of eastern and western musical instruments, but it breaks into rap towards the end, which has been composed and performed by Meesha herself.

Coke Studio 2020 will be a much smaller one, due to the restrictions of the ongoing pandemic, but some of the artists making a comeback after many years this season are Bohemia and Meesha. The latter was one of the judges for Pepsi Battle of the Bands but is now back with Coke for its latest season.