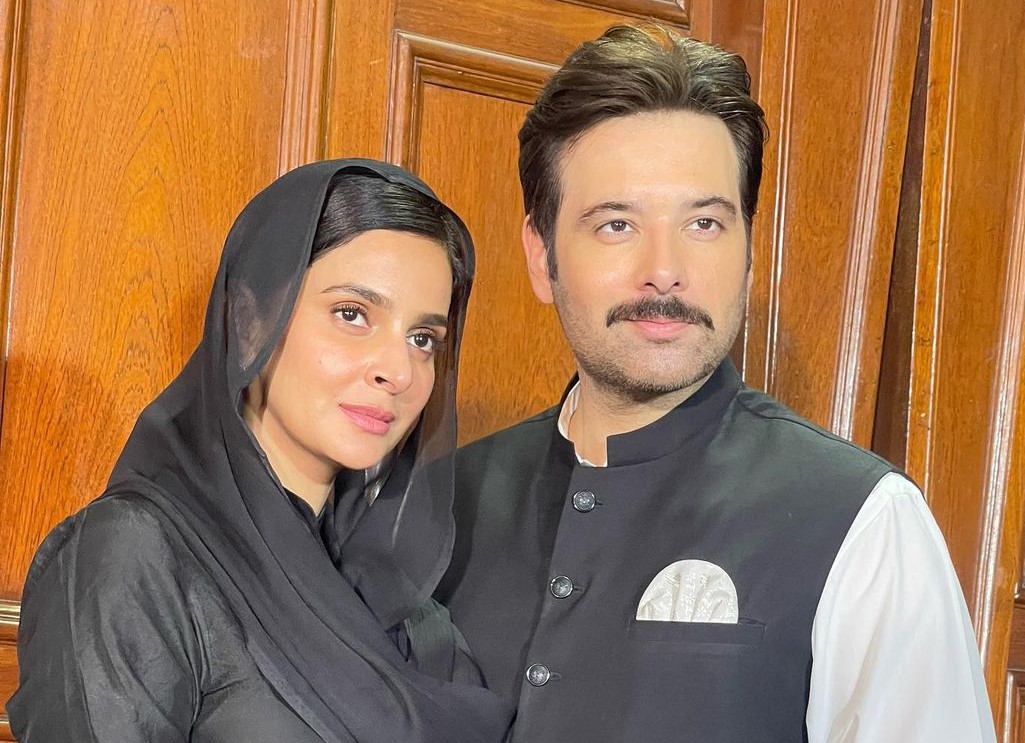 KARACHI: Currently starring in drama serial Fraud, Saba Qamar and Mikaal Zulfiqar are ready to bring back their onscreen chemistry in web series Mandi. While the project was announced a few weeks ago, the stars only recently shared pictures from the set. Posing together, Qamar and Zulfiqar can be seen dressed in traditional Pakistani attire playing the roles of Uzma and Rashid respectively. Some have even speculated that the show might have a political theme to it.

Mandi will be directed by Owais Khan who is known for his work such as Mor Moharan and is being filmed in Lahore. While the details of the series have been kept hidden, it was revealed that it will have a more political theme to it. Also sharing the screen with Saba Qamar and Mikaal Zulfiqar will be Ainy Jaffri and Shayan Khan. Jaffri is returning to the screen after her hiatus from 2018 while Khan has served as co-producer in the Fawad Khan thriller Money Back Guarantee.

Recalling the work of art that Mrs. and Mr. Shameem was, viewers can only keep high expectations from Saba Qamar delivering for an OTT platform once again. Mikaal Zulfiqar, on the other hand, has the tendency to pleasantly surprise audiences with his subtle yet impressive performances.