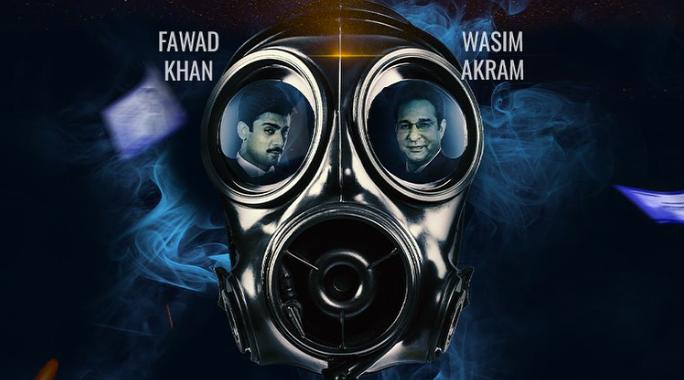 KARACHI: What better way to end this week than to get the first look of the new Fawad Khan movie? The actor sent waves across social media when he announced that he was starring in a new movie with a star studded cast that includes Wasim and Shaniera Akram, Mikaal Zulfikar, Ayesha Omar, Mirza Gohar Rasheed, Hina Dilpazeer, and Javed Sheikh, just to name a few. The first teaser for the movie Money Back Guarantee finally dropped and here is all that we were able to gather about the Fawad Khan starrer.

From the get go, it is quite obvious that the movie is an action thriller. Some might even say that it is eerily similar to the theme of the ever popular Netflix series Money Heist. As per Fawad Khan, “Get ready to witness an action comedy thriller, Money Back Guarantee.”

The teaser begins with a voice over stating that, “Agar daro gay tou maro gay, agar maarogay tou aagay barho gay (If you get scared you die, if you kill you progress).” And that is the only dialogue in the thirty second clip. While we do not get to see anyone from the cast including Fawad Khan in the movie trailer, we do get to see a few disjointed clips of shoot outs, vaults overflowing with money, high speed chases and armed tactical forces. Is there a Pakistani bank heist in the works?

Money Back Guarantee has been written by Faisal Qureshi who also serves as the director while the movie is a joint venture between Zashko Films and Game Over Productions. Set to release in April of 2023, there is going to be quite the wait for the new movie. Till then, we can enjoy watching Fawad Khan on the big screen in the highly anticipated The Legend of Maula Jatt.