The chilling true story behind Netflix’s The Watcher 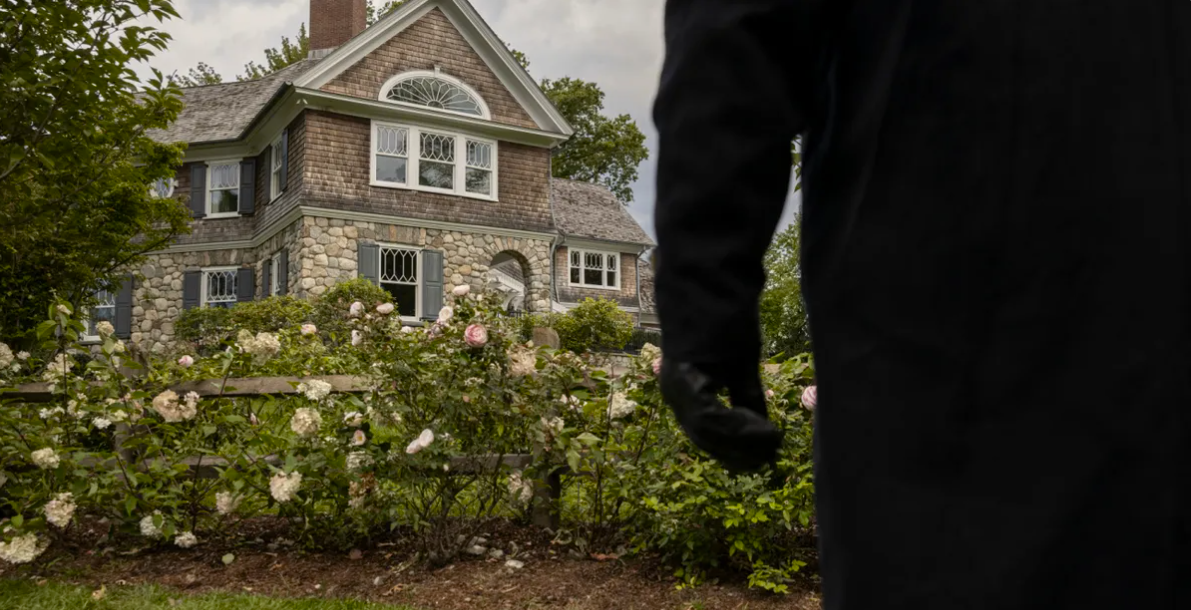 KARACHI: Who doesn’t love a good horror movie or show? As scared as we get watching them, we have the comfort of knowing that all the terrible things only exist on screen and not off. Unless, of course it is based on a true story, then that changes things! And the new creepy Netflix series The Watcher is one of those shows that are based on true events. While Ryan Murphy of American Horror Story fame took liberties with the dramatization of the story, the actual events are just as scary!

The actual story The Watcher is based on starts way back in 2014 when Maria and Derek Broaddus purchased what could only be described as their dream home in Westfield, New Jersey for $1.3 million. Most of us would assume that the cost of the house was the most daunting thing about it, but we would assume wrong. The couple had only just begun renovations on the house when they received an anonymous letter that would turn their lives upside down. 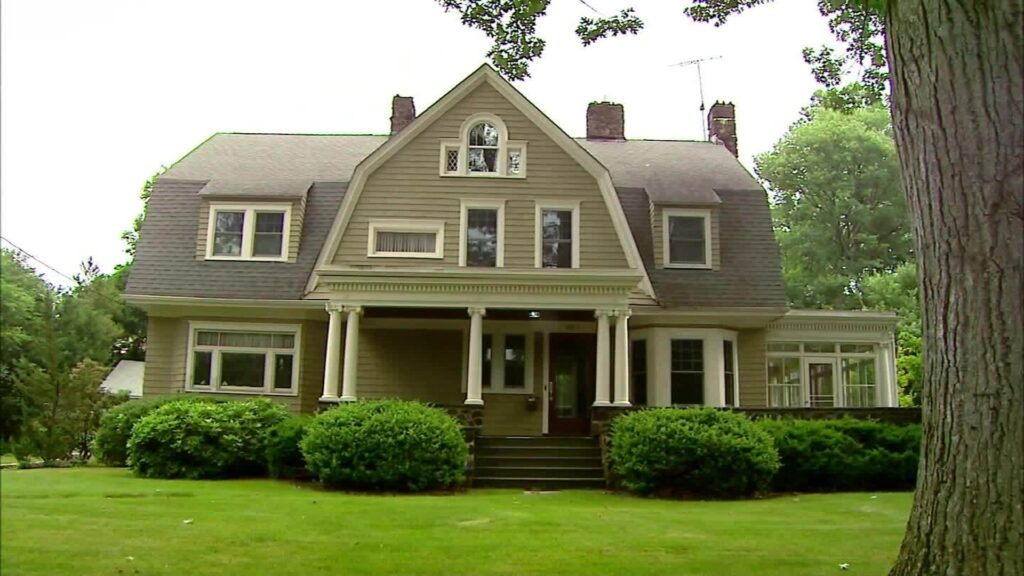 Written in thick, clunky handwriting and addressed to “The New Owner,” the typed note began warmly, “Dearest new neighbor at 657 Boulevard, allow me to welcome you to the neighborhood.” But that was the only nice part of the letter. It questioned the Broaddus on how they ended up in the house and if, “Did 657 Boulevard call to you with its force within?” The letter got progressively stranger, “I have been put in charge of watching and waiting for its second coming. My grandfather watched the house in the 1920s and my father watched in the 1960s. It is now my time. Do you know the history of the house? Do you know what lies within the walls of 657 Boulevard? Why are you here? I will find out.“

Other strange things in the letter included how the renovations would make the house unhappy and warned them that, “Do you need to fill the house with the young blood I requested? Better for me.” The writer also claimed that it was greed that made the family shift into a bigger house. 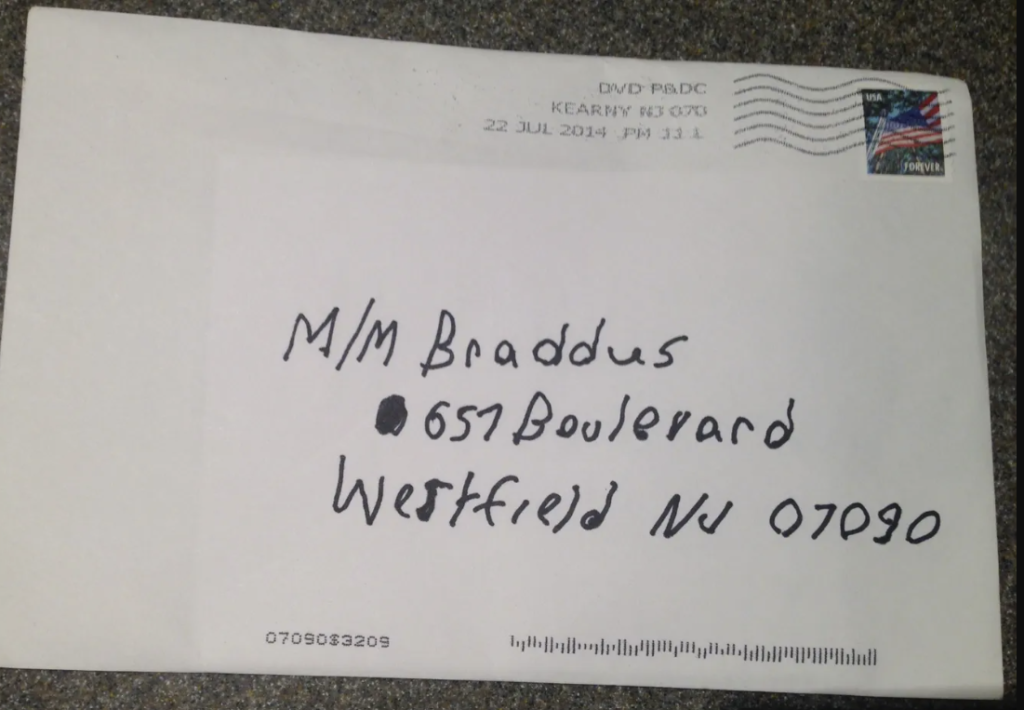 Obviously spooked, the Broaddus’ reached out to the previous owners of the house who revealed they, too, had been getting letters from The Watcher. The police urged the new owners not to talk to their neighbors about the letters because they were all suspects.

Eventually, more letters poured in and contained details that made the family wonder how The Watcher got them. And worse, the letters were threatening towards the young kids in the family, “Have you found all of the secrets it holds yet? Will the young blood play in the basement? Or are they too afraid to go down there alone. I would [be] very afraid if I were them. It is far away from the rest of the house. If you were upstairs you would never hear them scream.“ 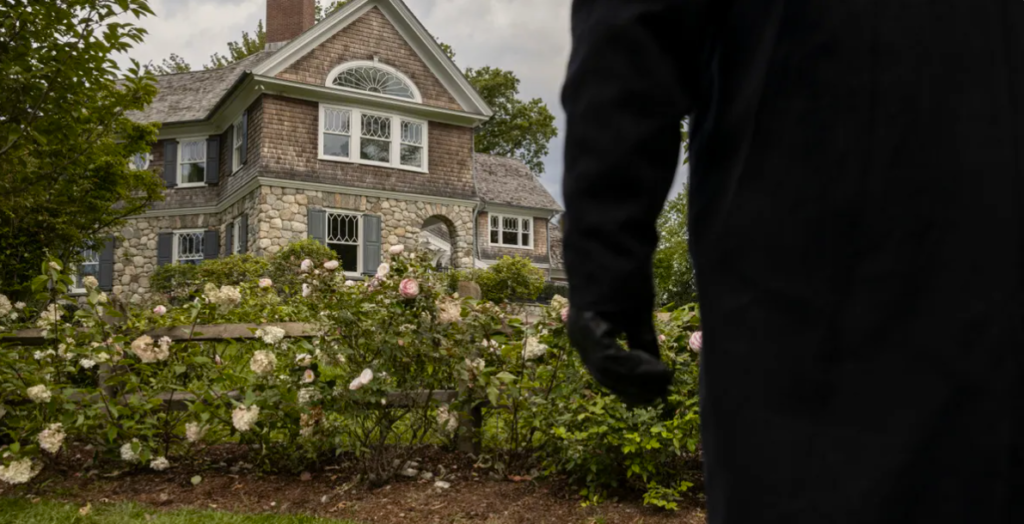 The family hadn’t moved into their dream house yet and wondered if they ever would. The police weren’t very helpful and that led to the Broaddus’ trying to solve the mystery themselves. From obsessively watching the street to hiring private investigators. Eventually, the weight of the letters became too much and the family ended up not moving into the house and instead selling it. But that was another nightmare altogether.

Rumors about why the dream house sat empty for so long began to float around and so hardly anyone was interested in buying 657 Boulevard. The Broaddus’ also attempted to sue the previous owners for not disclosing the letters they got, but the case was dismissed. Many theories about who The Watcher is remain, even though the case remains unsolved. Some suggest, like what was implied in the Netflix series that The Watcher might live in the house’s wall while some neighbors firmly believed it was all a hoax and the Broaddus sent the letters to themselves in an attempt to get rid of a house they could not afford. They eventually did sell the house for $400,000 less than what they had paid.