Religious extremism, white privilege is at the core of Sins of Our Mother 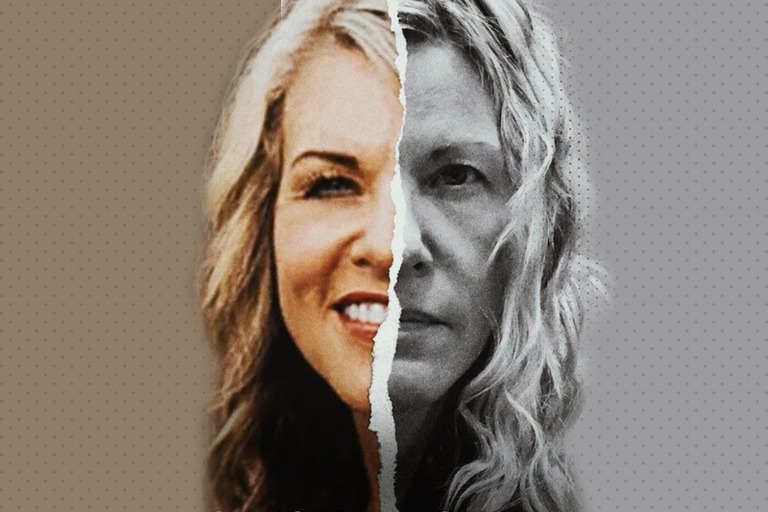 KARACHI: Growing up in a country like Pakistan, we are often appalled by how religion is often used as a weapon to control people. Often misconstrued and used against the less educated masses, we lament over how these things don’t happen in the Western world. But apparently, the West is not too different either. The most notable example was Jim Jones back in the 1970s who, along with his cult like church, committed one of the largest murder suicides ever. But that was the 70s and times were different. You would assume that with more accessible information, better checks and balances and more awareness, incidents like Jonestown wouldn’t happen again. The three part docuseries Sins of Our Mother is here to tell us how mistaken we actually are.

On a very surface level, the Netflix series Sins of Our Mother follows the infamous case of Lori Vallow who, along with her husband Chad Daybell, led the police on a wild goose chase trying to figure out where her two children, Tylee (17 years) and JJ (6 years) are. But the docuseries is so much more than that.

By interviewing friends and family, the series uncovers how a once devoted mother fell into rapid decline. Lori Vallow, who is dubbed as the “Doomsday Mom” never had it easy. Her first marriage was abusive and after her son was sexually abused, she fled. She seemingly found solace in her second husband Charles Vallow with whom she had her daughter and had adopted her autistic son. But things slowly changed when she met Chad Daybell who convinced her that the apocalypse was near and that only 144,000 of the most devoted of Jesus’ followers will be saved from in order to spread the word of the Lord. He also convinced her that there were certain threats in her life that needed to be eliminated. That’s when she turned against her family and everyone she once held dear. At the center of it all is extremist religious beliefs.

Another documentary confirming my genuine fear of extreme religious followers. Everyone in that family is BAT SHIT crazy & the police should be ashamed at how easily they were swayed by that woman’s bullshit lies. White privilege on full display. #SinsOfOurMother

The series also highlights the failures of the police. Despite the fact that Charles Vallow had let the police know that something was amiss, they did not take his warnings seriously. Instead, the once pageant queen managed to charm the police into believing that she was the actual victim. It also sheds light on the varying responses of the family members. Lori’s mother, it seems, lives in a state of denial. Lori’s remaining son Colby carries a lot of anger and regret. Charles Vallow’s family is shaken to the core. They all want answers, but it seems whatever answers they get will not get them any form of solace.

#Netflix #SinsOfOurMother demonstrates American white privilege perfectly. White woman demonstrates so many red flags that are ignored and brushed aside. 7 days to bring kids? Black people have been shot killed for less!

Lori Vallow being a nutcase makes sense because her mother is on here trying her hardest to make excuses for Lori. The Cox family are also responsible for Charles, Tylee, and JJs deaths. Fuck all of them! #SinsOfOurMother

Lori Vallow and Chad Daybell are going to be tried together for their various crimes in 2023.