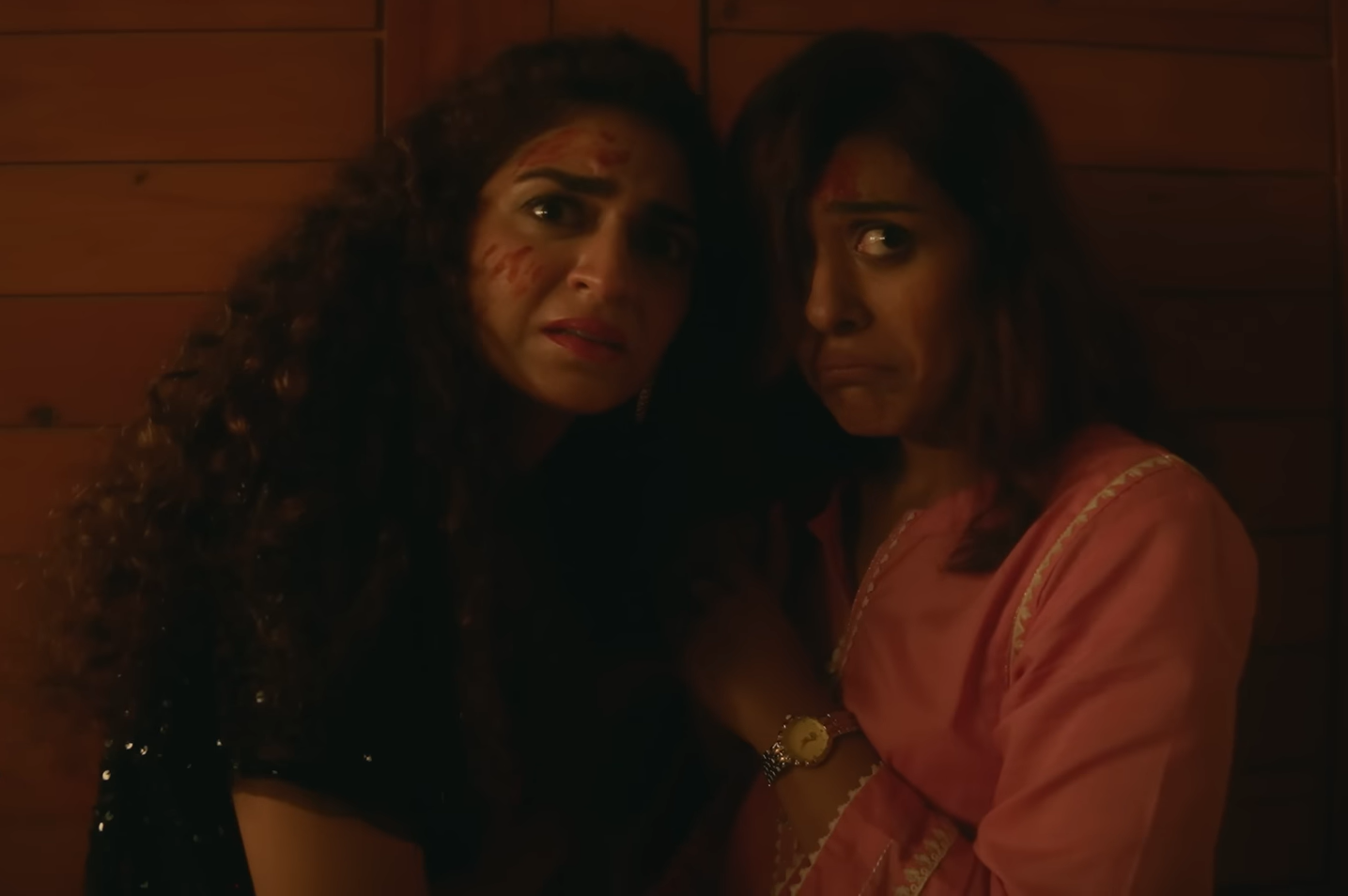 KARACHI: Mehreen Jabbar might just have the secret to creating a perfectly entertaining watch on OTT platforms. Making the most out of the popularity that digital platforms have gained over the years, she released her massively acclaimed web series Ek Jhooti Love Story in 2020. Nearly two years later, Mehreen Jabbar is back with a short film for digital audiences. Titled Baira Gharakh, the film stars Hajra Yamin, Yasra Rizvi and Khalid Malik and is a perfectly entertaining blend of comedy and mystery.

Sticking to the director’s strengths, the film uses a single location with only three characters whose relationships are immediately established to convey a story that is thoroughly enjoyable. Yasra Rizvi plays Aqsa, a woman whose husband (Khalid Malik) is cheating on her with another woman (Hajra Yamin). Aqsa plans on catching the two of them red-handed at her house but things go very wrong as the two women arrive to meet their partner, who is now lying on the floor with blood all around and a knife nearby.

Naturally, Yasra Rizvi does an impeccable job as Aqsa. From her expressions to the tone of her voice, she convincingly plays a character who is out to get blood but also fears for her life when an alleged murder has been committed. Aqsa is scared but has not completely forgotten or forgiven her cheating husband and so her dialogues are nothing short of hilarious.

Masooma is the complete opposite. While dressed in clothes that are flashier, her personality is more submissive while most of her dialogues come out as whispers, reflecting her fear. The dynamic the two women share during the short film fluctuates from being enemies to being allies and back to the former.

The beauty of Baira Gharakh lies in the fact that even with a simple storyline, it will keep you guessing. While the film is meant to be comedic, there are undertones of mystery and suspense that keep the story alive. Even though you know the 16-minute long film is not going to reach groundbreaking conclusions, you are hooked to the characters and their chemistry. You wait for the ending to come as if you did not know how it was going to end in the first place.

The short film by Mehreen Jabbar proves just how good the director is at what she does and how you don’t always need detailed narratives to make an impact.