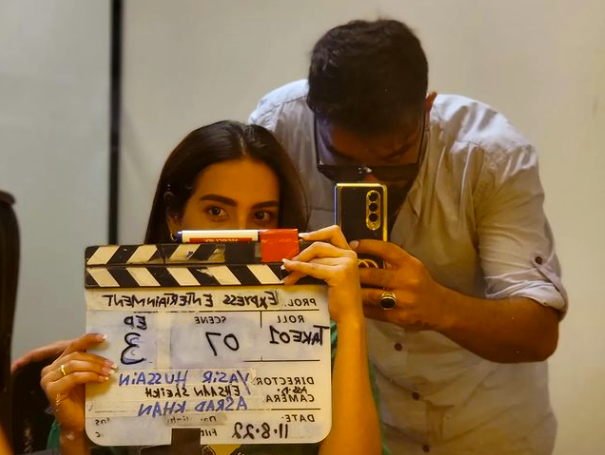 KARACHI: There is nothing more exciting than real life couples working on a project together and so, Yasir Hussain and Iqra Aziz fans can rejoice because that is exactly what is happening! Hussain took to Instagram to share the exciting news about his upcoming drama and this is what we know so far.

The Badshah Begum star shared a picture of himself with his wife and wrote, “First time directing this superstar” and went on to quote Kuch Kuch Hota Hai. While his post did not reveal too much about his new project, we did manage to figure out that Yasir Hussain will be serving as director with Iqra Aziz in the lead. While the post did not reveal who will be starring alongside Aziz, it did reveal that it is being made for Express TV.

While Yasir Hussain has starred in a number of movies and dramas which include the horror comedy Peechay Tou Dekho and the biopic Chaudhry: The Martyr, it has been a while since fans have seen Iqra Aziz on screen. The last we saw the actor on the small screen was in 2021 in the hit dramas Khuda Aur Mohabbat 3 and Raqeeb Se. Both were critically acclaimed and it is no wonder why fans want to see Iqra Aziz back on screen!