Yasir Hussain to star in two new movies this June 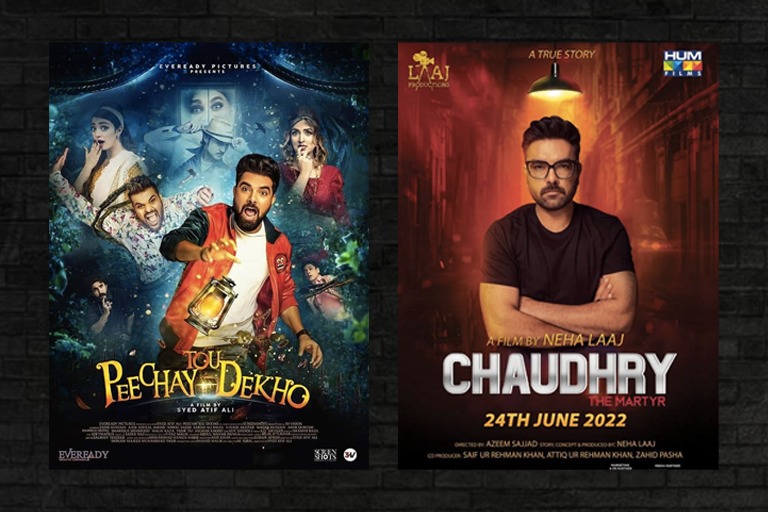 KARACHI: It is the year of Pakistani movies. Included in the long list of new movies that are set to premiere this season are two that star Yasir Hussain. The Javed Iqbal star has proven time and again just how diverse he is in his art and how he is not afraid to take on roles that are out of the box. His choice of roles for the two upcoming movies only strengthen the claim.

Set to release on 24th June, this new Yasir Hussain movie is based on the true story of Sindh Police Officer Chaudhry Aslam. Directed by Azeem Sajjad and written by Neha Laaj, the biopic tells the story of the man who is often credited for cleansing the streets of Karachi of criminals.

The trailer for begins with a voice over by Yasir Hussain narrating that when the story of Karachi will be written, it will be divided into two parts: before and after Chaudhry. We see the fight between the police officer played by Tariq Islam as he butts heads with politician and leader of the Kalu Gang played by Shamoon Abbasi. Caught in the middle is Yasir Hussain, an investigative journalist who is trying to make his place on the right side of history.

The trailer for Chaudhry: The Martyr is packed with suspense, action and for the people of Karachi, flashbacks of some of the darkest days in the city.

In a complete 180 turn to his serious role in Chaudhry, Yasir Hussain will be starring in a new horror comedy movie also set to release this month.

Directed by Syed Atif Ali, Peechay Tou Dekho sees Yasir Hussain making his way out of a tricky situation and somehow ending up in a haunted house. And just like any horror movie, this one also has Yasir Hussain come face to face with secret rooms, friendly and non friendly ghosts and jump scares. Add a backstory set in the 70s or 80s and the plot is complete.

Yasir Hussain took to Instagram to announce that the new movie is all set to release on 17th June.