First look at Sajal Ali in What’s Love Got To Do With It? 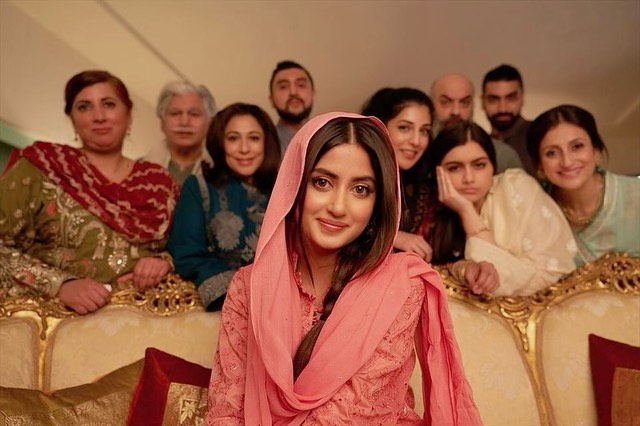 KARACHI: Be it dramas, movies or music videos, Sajal Ali is quite the sweetheart of the country. Even more impressive is the fact that she has worked across borders. Currently, Ali is set to make her English language movie debut with What's Love Got To Do With It?. With fans impatiently waiting to catch a glimpse of the actor in the upcoming movie, Ali finally shared her first look from the film. Adorned in a pink shalwar kameez with her head covered, Ali as Maymouna can be seen smiling innocently into the camera while other cast members can also be spotted in the background. However, that’s not all that was revealed about the film.

Written by Jemima Goldsmith and marking her debut as a producer as well, What’s Love Got To Do With It? will see its world premiere at the Toronto International Film Festival this September followed by a cinematic release in the UK in January 2023. Other parts of the world are yet to know release dates for their respective cinemas but Goldsmith promises a worldwide release of her film.

The movie itself is said to be a cross-cultural romance between Zoe (Emma Thomspon) and Kazim (Shazad Latif) who are childhood friends and neighbours. Other cast members include Shabana Azmi, Asim Chaudhry, Mim Shaikh, Jeff Mirza, Iman Boujelouah, Mariam Haque and Sindhu Vee.

As reported by Variety, British-Pakistani record producer and musician, Naughty Boy, is working on original recordings for the film’s soundtrack while Pakistani singer Rahat Fateh Ali Khan is reported to have recorded two songs along with a special appearance in the film.