Sheheryar Munawar on his latest photoshoot with Sajal Aly 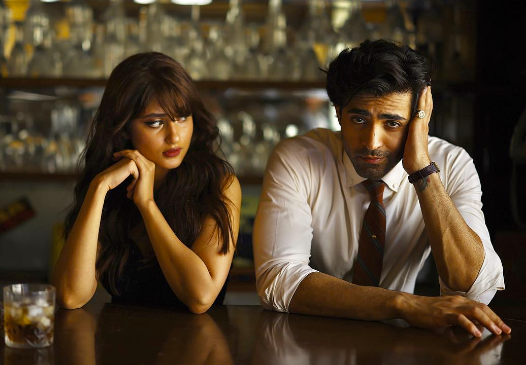 KARACHI: It’s been quite the week for Sheheryar Munawar. Between his directorial work on Mashaadi 2022 and his recent photoshoot with Sajal Aly, the press and his fans cannot stop talking about him. However, Sheheryar Munawar took to Instagram to remind everyone about one important thing about his shoot with Sajal Aly: at the end of the day, he is an actor playing a role and nothing else.

Ever since the pictures of his shoot, which was shot for Hello Pakistan, were released, Sheheryar Munawar and Sajal Aly became the talk of the town. Most of the headlines were critical and called the shoot “sizzling” and “bold.” Others took to Twitter to talk about how Munawar had a penchant for choosing to do intimate shoots with recently divorced ladies, referring to his previous shoot with Syra Yousuf. Other people raised an issue with him smoking or posing with alcohol.

The actor cum director, was unfazed with the criticism and while sharing more shots from the photoshoot, he made one simple clarification and wrote, “Please keep in mind we’re actors playing characters – enjoy them for what they are -Art.” He went on to explain the concept behind the photoshoot, “The concept behind the shoot was to follow the story of a self-indulgent, narcissistic and emotionally unavailable artist and his muse. To show the repercussions of being in an emotionally abusive relationship. Inspired by true life events (the courtship and later marriages of Arthur miller and Marilyn Monroe, and Kamal Amrohi and Meena Kumari) .”

He shared that the fashion film is titled “The Anatomy Of Melancholy” and also went on to explain what it all meant, “In the fashion film from the shoot that I realised earlier, the man’s character shoots someone at the end – this is a metaphor for the abuser killing the abused metaphorically in a toxic relationship with emotional abuse.”

If there is one thing that is obvious, it is that Sheheryar Munawar and Sajal Aly have left us wanting more of them sharing the screen!