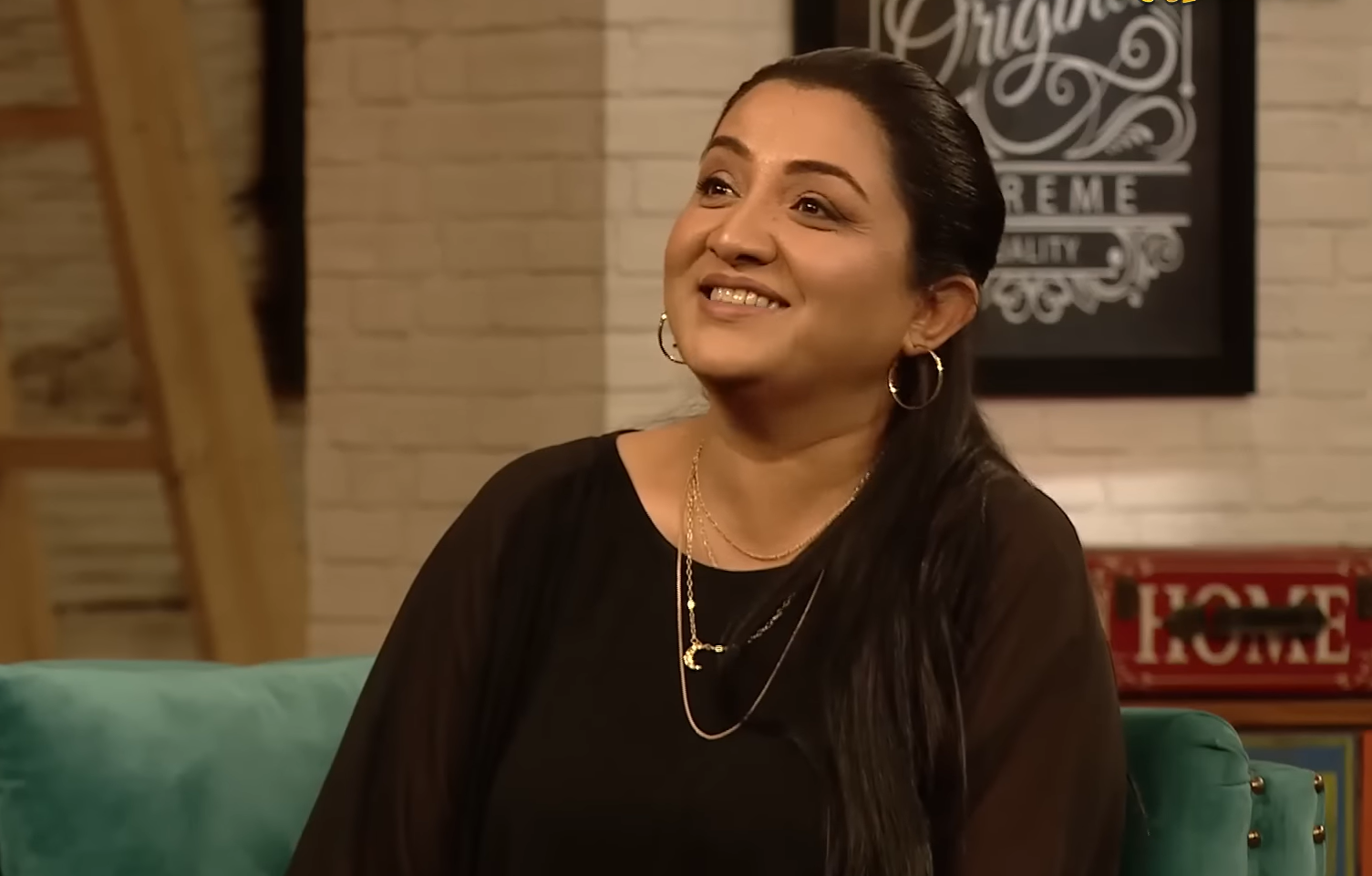 It is a favorite desi hobby to ask newly married couples about the ‘khushkhabri‘ (good news aka pregnancy). Some people forget how biology works and start asking the question from the very next day of the Valima. For a society that treats sex as such a taboo, when it comes to finding out whether a couple had sex and are pregnant yet, all the sharam and haya goes out the window.

God forbid the couple wants to wait a year (or more) before they think of having children. There is an onslaught of lectures of how they are being irresponsible and selfish by not wanting to start a family right away. “You’ll get used to each other and this party life and then there won’t be space for a child,” is one argument presented against the decision. “Dekhlo, the more you wait the more difficult it is to get pregnant,” is another favorite fear tactic used. If you ever ask the couple, you’ll learn it isn’t about wanting to party it up and skirt around responsibility. It is about taking the time to get to know each other, it is about working through bumps along the way and being financially sound to bring a child in the world. And above all, it is their choice.

A post shared by Lessons From The Minivan (@lessonsfromtheminivan)

Contrary to popular belief, not all women have the maternal instinct. Not all women feel they are up to putting their bodies through the trauma of child birth and not all women are capable of giving their all to someone who will depend on them. And so they, along with their partners, make the active decision to not have children. They would rather stay child-less than bring a human into the world who they might resent and who might be left at the mercy of babysitters. “But who will take care of you in your old age?” they are constantly questioned without realizing that family exists beyond children. And who is to guarantee that the children will stay back to take care of their parents? 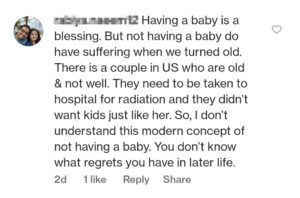 And then there are women who spend years trying to get pregnant and simply cannot. For whatever reason, biology works against them. They suffer through disappointments every menstrual cycle, through the heartbreaks of miscarriages and through the taunts of society telling them that they are simply not enough and their husbands should get remarried.

Whether it a choice or whether it is acceptance of what has been written for them, no one has the right to question the couple. Every time you sit and discuss a couple and their choice on procreation, remind yourself of Nadia Afgan who put a smile on her face during an interview and tried to look to a positive in a negative solution. Who tried to mask her heartache on national television, only to be forced to share some of the most personal struggles a woman could face. Remind yourself of these lines that dripped with agony, “I have had two miscarriages. I have gotten three failed IUIs done. I have battled depression after losing two unborn children. I have struggled with panic attacks fearing another miscarriage. I have gained tonnes of weight because of hormonal issues. We were all set for an IVF. But I just couldn’t go ahead with it. I just couldn’t bear the agony of that single line on the pregnancy test – after going through another emotionally and physically draining procedure.”

Next time, do not tsk tsk at a childless couple but admire their strength.