Parenting through a generation gap 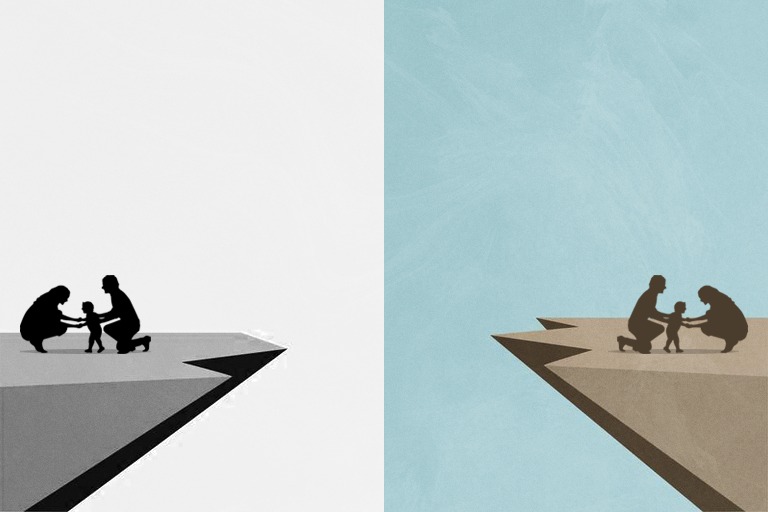 KARACHI: “You’re too invested in your phone and not invested enough in your son. In my time we did not have Netflix or social media, it was all about our kids,” says a woman whose eldest is 30 years old and youngest is 20. “That is because social media and cellphones did not exist when your kids were growing up,” I think to myself.

“Please do not feed your child chips! You give your son food with preservatives and are stunting his growth,” says another whose eldest is 13 and youngest is 11. “If that is all that he wants to eat, isn’t it better he eats this as opposed to nothing at all?” I find myself wondering

“All this screen time for your child! Why don’t you play with him or take him out for a walk?” This comes from a woman whose eldest is 35 and youngest is 32. “I did take him out to play, twice. I’ve exhausted all games and activities. This is the last resort,” I almost say in my defense.

Thinly veiled criticism under the guise of advice on my parenting style. That’s what these statements are. As the mother of an almost two-year-old, I am constantly at the receiving end of said advice, whether I ask for it or not. I plaster a smile on my face and nod my head and say “Jee, acha.” When in reality all I want to do is point out just how old fashioned their advice is. How there is a generation gap between parenting styles and how they need to get with the times. These statements are usually on the tip of my tongue, yet they don’t escape. Bad mother is enough of a label to deal with, badtameez is one I wish to avoid.

I am one of the few desi kids who don’t have mommy or daddy issues. I grew up in a very open, communicative household. So much so, a lot of my parenting techniques mirror how my mother raised me and my brothers. But in a lot of ways, I am a very different mother. That is not because I disagreed with her parenting style, but because I come from an entirely new generation of parents. One that has learnt that it is selfless to be selfish when it comes to raising our children.

A generation ago, a good parent (or a good mother to be precise) was one who gave up everything to be a parent. Forget being a working mother, that was an unforgivable crime. But a mother who had hobbies and activities beyond her child was pretty much unheard of. There was no concept of ‘me time’. No concept of needing a break from your child. Those were signs of a negligent mother. You had to be fully and wholly consumed with being a parent. Being overwhelmed was a sign of being a ungrateful mother.

In turn, mothers became helicopter parents and that ended up going one of two ways. The mothers either became so engrossed in their children’s lives that they were unable to cut the metaphorical umbilical cord. As their children grew up, so did the mothers’ say in their lives. Eventually, they ended up becoming unbearable mother-in-laws. Or they became so tired of watching their kids that they threw them off the deep end to fend for themselves. Their kids ended up turning wild with freedom and then the women would wonder how anyone could parent older children.

I did not want to become either one of those mothers and neither do most girls of my generation. I often find myself justifying my actions, feelings and parenting style to the older generation by saying, “I’m not being ungrateful. I love my son more than anything in the world. But before I was his mother, I was Aliya. For 24 years, I was simply Aliya. An individual who had interests, who had skills, who was more than a mother. I cannot unlearn my personality and individuality, nor do I want to.”

What the previous generation of mothers does not understand is that being a mother and being me can go hand in hand. I do not have to look like I have been through the wringer to look like a good mother. I can go get my nails done and still be a good mother. If I sacrifice my sleep and stay up till 3 am pigging out to junk food and binge watching shows, it is because that is the only time I get for myself and I desperately need it. I need to be in tune with what is happening with my age group so that I do not feel like an idiot who only knows about Cocomelon. I cannot stop my child from snacking on chips or frozen food because no matter how hard I try, once he goes to school and sees everyone eating junk, so will he. And if there is one thing that this pandemic has taught us, it is that no matter how much we try to avoid technology, it will catch up with us. Imagine the amount of screen time (and learning) that took place with online classes. The horror!

My job, despite being a work from home job, is also a constant subject for scrutiny. I am often judged for focusing on writing instead of my son. For leaving him behind for a few hours with his favorite people in the world (his grandparents) to attend a rare meeting. I get tired of having to explain that I am doing this for the both of us. I need to do something other than running after my child all day to maintain my sanity. I need to interact and have things to talk about with people my age to maintain my sanity. I work for my child. No matter how hard my husband works, there is no way we can live in a single income household and enjoy luxuries. I work so my child can have a comfortable lifestyle, not deprived of things he wants. I work for my child so he has a mother who isn’t burnt out and who isn’t resentful for losing her identity.

Times change. So do our parenting styles. It is about time the previous generation accepts that.