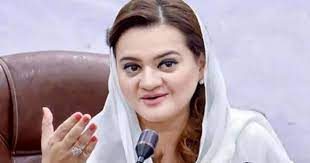 KARACHI: Marriyum Aurangzeb, the Federal Minister of Information and Broadcasting inaugurated the PTV Film Division and Pakflix projects in an attempt to revive the 75 year worth of content in the PTV archives and make it available to audiences both, in Pakistan and abroad.

According to Aurangzeb, the reason behind launching the PTV Film Division is to encourage the creativity of the youth in areas such as filmmaking through PTV productions and other joint ventures. The movies will be released on PTV Home. As per the minister, these projects are being launched in order to create quality content.

The second project, PakFlix, will feature 75 years worth of content which includes dramas and films that are in the PTV archives. She acknowledged that there is quite the audiences for such content, not just in Pakistan, but abroad as well.

During her speech at the inauguration of the PTV Film Division, Marriyum Aurangzeb also talked about how the film industry is important and requires the support of other industries such as finance. She announced plans for setting up a film directorate to allow the stakeholders of the industry access to the ministry. She also highlighted how films play a role in promoting tourism and thus, the Prime Minister has called for a conference on Film, Tourism and Culture after the budget to work things out.

While talking about the PTV Film division and PakFlix projects, she also talked about how there is a lack of content for children on screen on both, state and private media, which is why the generation is more inclined towards foreign media. That is also on the agenda for PTV projects, to encourage content for all ages and to move the focus of PTV away from just news onto things such as film and drama.

The projects will be a part of the 75 years Golden Jubilee Celebrations of Pakistan.