5 years since the iconic 'Billi', the Tamgha-e-Imtiaz recipient is back with 'Gangster Guriya' for 'Baaji' 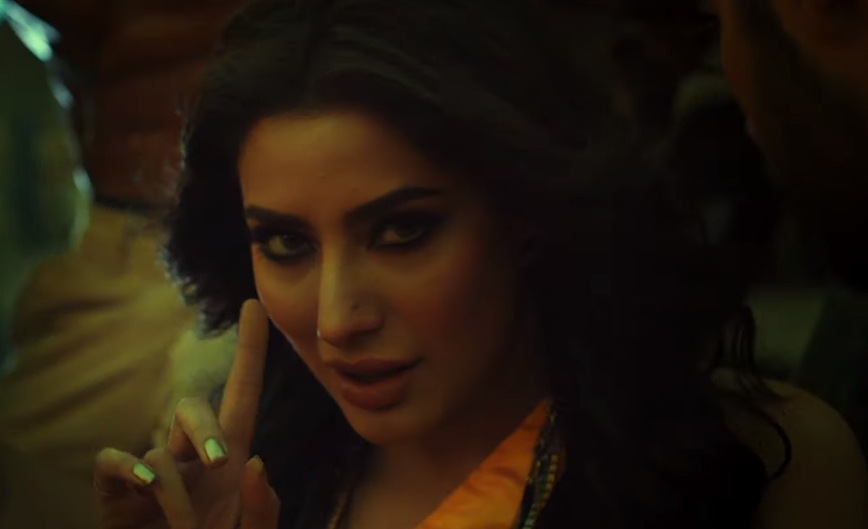 KARACHI: Five years since her last item number Billi from Na Maloom Afraad, Mehwish Hayat has made another comeback in her attention-grabbing performance of Gangster Guriya in the upcoming film Baaji. To be honest, you had us at just the title.

Oops I did it again!
After 5 years another cameo that I am very proud of. R u ready for Gangster Guriya?A woman in control of herself & knows wat she wants! ”You can't play me boy..nahi hoon mai khilona”👊🏻
Thank you @aClockworkObi,Saqib Malik,Taha,Akif ILyas,Anila,Mo Azmi n team pic.twitter.com/7QQ0gX4URf

The video of Gangster Guriya was released yesterday (June 21), sparking an unsolicited amount of hate for item songs in general. The hash tag #QaumTabahHai made rounds on social media platforms whereby users implied that the Pakistan film industry was ruining the country due to item songs being “tasteless” and “vulgar”.

Post this too! OB and amna ilyas doing a respectable pose. Shaking her booty off will make her famous though?! RIP #QaumTabahHai pic.twitter.com/mP0PVVsljS

This is not our culture. #QaumTabahHai

Humorously, one user also proceeded to do an “angry reaction” to the item song to emphasise his discontentment:

Actor Hamza Ali Abbasi has long expressed his disapproval of item songs and on Pakistan Star did not resist the chance to speak against it when a 16-year old auditioned on ‘Billi’. He said: “You can disagree with me, it’s just my own opinion. I’m begging all our producers and directors to not add item numbers in Pakistani films. You’re 16 and you’re dancing on the same. Keeping your talent aside, I feel very disheartened as someone who works in showbiz and include such songs. I apologise to you.”

Hayat received the same amount of criticism and questioning for Billi but took it with a grain of salt by saying that item songs are not vulgar and are more likely dependent on the performer whether they are to be perceived in an unrefined way or an appreciative way.

We think Hayat’s performance paves a path towards strength and confidence for the average Pakistani woman. Her strong character holds example as a woman who pursues what she wants regardless of restrictive attempts made by the ‘male gaze’.

Check out the song by Taha Malik featuring Sunidhi Chauhan herself here: