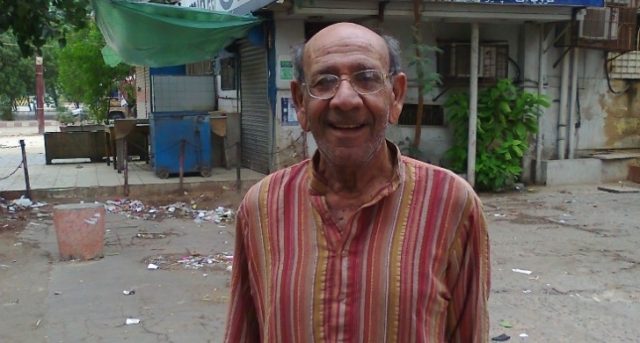 KARACHI: Renowned TV actor Mirza Shahi succumbed to the complications that arose following his diagnosis of COVID-19. According to The Express Tribune, Shahi was put on a ventilator in Civil Hospital, as reported by his daughter who also happens to have contracted the virus along with Shahi’s wife.

Mirza Shahi made his debut in the film industry in 1965 East Pakistan starring in a film titled ‘Kaisey Kahun’. Later, he acted in various movies, including Mala, Aakhri Station, Is Dharti Per, Chotey Saheb, Chand Aur Chandni, Payal, Anari, Chand Sooraj, Dushman and Miss Lanka. Shahi also starred in film star Nadeem’s debut Chakori in 1967. However, his financial situation changed when he had to go for minor roles after Bangladesh declared independence and he moved to Karachi.

He had ventured into the drama industry in the 90s and was known for his comedic roles in some very famous television shows like Fifty-Fifty, a childhood favorite of many, Nadaaniyan and Qudusi Sahab ki Bewah.

Yasir Nawaz, Danish Nawaz, and Nida Yasir took to their Instagram to draw attention to the late actor’s quickly descending health condition, during his last days.

Please pray for Mirza Shai sahab. He is in critical condition and needs all your prayers.

Along with Danish Nawaz, both Nida Yasir and her husband requested their followers to “Please pray for Mirza Shahi Sahab. He is in critical condition and needs all your prayers.” in their captions.

Please pray for Mirza Shahi.he is on ventilator due to corona.Nadaniyaan🙁

Read: Adnan Siddiqui’s letter to his daughters is what every child wishes to hear

Following his death, several notable figures have come forward to pay their tributes to Mirza Shahi through their social media. Actress Zhalay Sarhadi wrote, “He was an extremely sweet man. I am truly heartbroken.”

Inna lilahe wainna elaihe rajeoon senior actor Mirza Shahi is no more. He was an extremely sweet man. I am truly Heart broken.

Veteran Tv actor Agha Shahi has passed away. He was famous for his unique style of comedy, May Allah rest his soul in peace Aameen pic.twitter.com/o8ZvcZuKYT

Veteran TV & Film actor #MirzaShahi loses his life to COVID 19. He was part of films even before legendary Nadeem made his debut, was constantly making the audience laugh from Fifty Fifty to Nadaniyan, and viewers still remember his 'Kisi ne mera bakra to nahi dekha' act on TV! pic.twitter.com/euEpvZY5sn

Statuses and condolences while remarking the end of an era definitely make one take a trip down memory lane and reminisce Mirza Shahi’s finest works for the Pakistani entertainment industry.