Art movies from the 70s and 80s were of another league 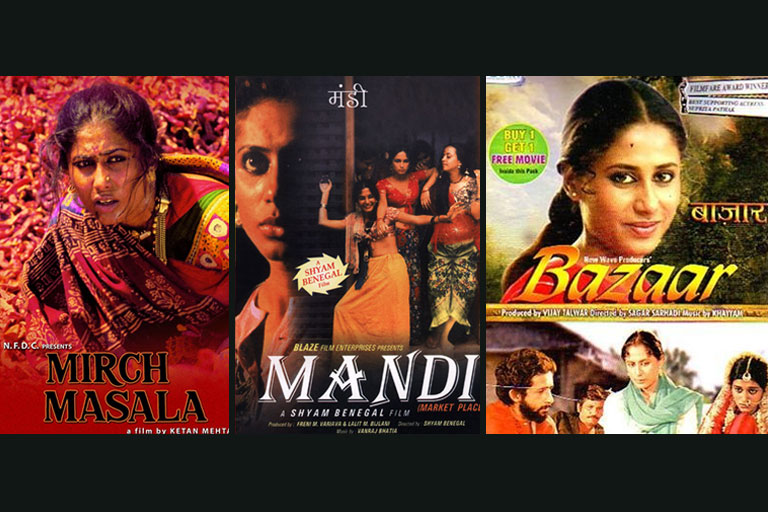 KARACHI: The 1987 production Mirch Masala is anything but the mirch masala you find in commercial Indian cinema aka Bollywood. The art film, like many others of its kind in the 70s and 80s, was part of a parallel cinema which is more critical in its approach and a break from your usual song-and-dance routine.

These films relied less on big names and grand sets, and more on lesser known actors and a strong storyline. They were based on ideas that resonated with masses and equipped them with a sense of control, helping them understand, and in the process, deconstruct the society they were living in.

Another example is the 1982 film Bazaar, directed by Sagar Sarhadi, also starring Patil and Shah. The movie centered on themes of gender and challenged the cherished institution of marriage. It put forth the notion that men ‘buy’ women under the rouse of marriage – a concept that could be considered way ahead of its time and in strong contrast to much of the content we see today. These films weren’t giving in to the ‘male gaze’ by portraying women as mere objects but were, in fact, actively involved in challenging these ideals. Their objective wasn’t to create a passive audience but to give rise to active viewers who were constantly using their cognitive abilities to comprehend the realities being presented in front of them.

Unfortunately, the dawn of the 21st century witnessed the merging of independent art films with mainstream Bollywood, and the lines are increasingly becoming blurred. Indie films of past were in a different league from the more contemporary ones.

There are many reasons for the decline of art films – not just in India, but world over – but mostly because they couldn’t compete successfully against commercial cinema.

Add to that, in Bollywood, elements such as item songs have been an age-old hit with audiences. People go to the cinema in search of entertainment and no longer want to see their lives being played before. In fact, they need cinema as an escape.

There is still a light at the end of the tunnel as there are Indian writers and directors out there still trying to churn out films to educate the audiences before anything else.

For instance, Trapped starring Rajkummar Rao is a film by Vikramaditya Motwane that shows the frustration and existential crisis of a man who locks himself inside his apartment.

The best art film of recent times, as far as biographical drama goes, is undoubtedly Aligarh starring Manoj Bajpayee. The film is based on the true story of a university professor in India who was outed as a homosexual after his sex tape was leaked. He was subsequently suspended from his job.

But such films are very few in numbers and aren’t produced frequently enough. Here’s hoping that the parallel cinema industry, not just across the border but locally as well, prospers.

M&S has introduced a ‘vegetarian biryani wrap’ and WTF?!