Review: What makes Anatomy of a Scandal a compelling watch 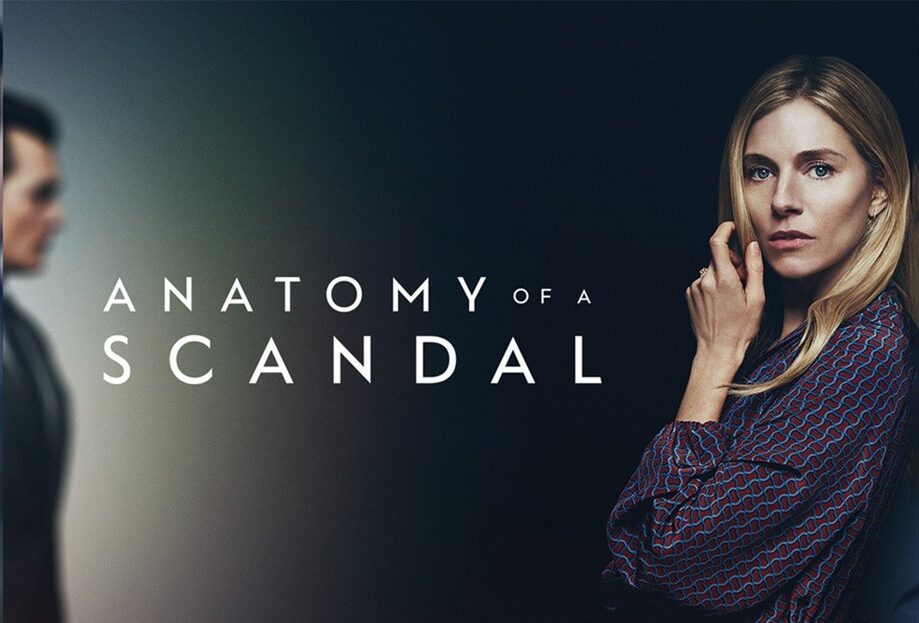 KARACHI: If you’re looking for a show to binge watch this weekend, we have just the one for you! Anatomy of a Scandal is a legal drama that explores various themes including infidelity, sexual assault, how times have changed and how they haven’t. The limited series is fast paced and will draw you in into the web of changing stories and betrayal and will leave you hooked.

Sophie Whitehouse (Sienna Miller) had it all. Or at least she thought she did. She was married to one of the most sought out MPs in the British Parliament for over 12 years and had two children with him. She was rich and beautiful and popular and most of all, she was happy. Until it all came crashing down one night. Her husband reveals to her that he had an affair with one of his underlings and that the press had gotten wind of the affair and they were planning to expose him.

James Whitehouse (Rupert Friend) assures her that the affair was purely physical and there were no feelings involved and so Sophie believes him. She thought that was the worst of it until a few days later, James is accused of rape by the very woman who he had an affair with. As details begin to emerge, Sophie begins to question everything she knew about her husband. On the other hand is Kate Woodcroft (Michelle Dockery). She is the lawyer representing the victim in the case and is hard hitting. She delivers some of the most powerful lines in the show but there is something about her and her attachment to the case that leaves viewers guessing.

Anatomy of a Scandal, in just 6 episodes, explores some of the most intense themes in a way that does them justice. The show begs the question of whether times have really changed? On one hand, “boys will be boys” is no longer an excuse for men to be able to get away with questionable behavior towards women. The show explores how, “Long gone are the days a shag like this would just be a mark in a Blue Book. It’s different now. The road is paved in Me Too land mines.” However, as much as we want to believe that times have changed, they really still are the same. The affair is treated as though it is no big deal and that Sophie, who is struggling to come to terms with her husband’s affair, is expected to be okay with what her husband did. An older gentleman consoles her by telling her, “Boys will be boys. But I’m sure this one has learned his lesson. My wife always said, “Once, okay. Twice, go away.” The communication director Chris Clarke (Joshua McGuire) even celebrates the affair as a win and assures James that, “Sex doesn’t have to kill a career these days. You might even gain some fans amongst the older male voter.”

The limited series also explores the theme of privilege. James Whitehouse comes from a strong financial background. He went to Oxford and is a member of the government and a close friend of the Prime Minister. Yet, Kate Woodcroft reminds the people of the jury, “I know you’ll not make the mistake of thinking that different rules apply to the rich and powerful. That people who aren’t used to the word “no” should be exempt from hearing it. That their liberties are different.” Instead, she argues people of privilege often abuse their power because they think they will get away with it more easier than the rest.

Anatomy of a Scandal also explores how society burdens a woman. Olivia Lytton (Naomi Scott) has to relive her worst nightmare for the court only to be cast off as a scorned ex lover out for revenge. She is painted as the home wrecker while James remains a family man. And it is not just Olivia who has to bear the burden of the affair, Sophie does too.

The best cross-examination I have ever watched in a movie. #AnatomyOfAScandal pic.twitter.com/kyNu9Rc66w

She is expected to stand by her husband’s side through the scandal and the rape allegations. She is forced to sit through sordid details of her husband’s affair and put up a strong front. Her husband is so caught up in himself that he does not, even for a minute, consider what she is going through. At one point, she cannot even entertain the thought of leaving her husband because of her own broken family and how her burden is to keep her family together. While her husband is infuriated at her for questioning him about the allegations, viewers are infuriated at her for being a door mat. For staying with a man who is obviously lying and one even she does not believe. We begin to question if women will always get the short end of the stick.

But what really sticks out with the show is the instance of rape itself. What constitutes as a no? Can a yes turn into a no? And it also begs the question of whether or not James Whitehouse actually believed he raped the women. Did they explicitly say no or was he supposed to understand their hesitancy? Did he actually believe that they were happy to go along with the sex because that is how it began? Or did he know there was no consent and still went along with the act?

One hell of a court room drama, #anatomyofascandal. Had me rethinking on a question – what if the man was on a bonafide belief based on the surrounding circumstances that the women had consented for sex? Is there sufficient mens rea to convict a man for rape?

The show does a great job at telling a story. The plot moves fast, the twists (although expected) come at the right time and the actors do a commendable job with the portrayal of their characters. Anatomy of a Scandal is a must watch!