Beyond the Wetlands: An eerie tale of survival 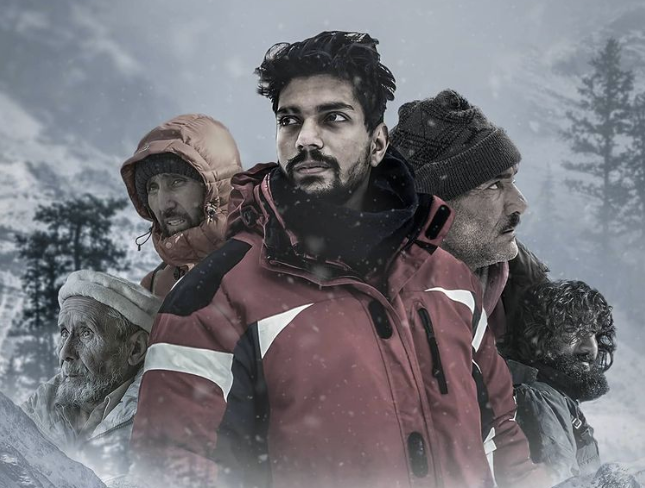 KARACHI: With Pakistani cinema back in action, there has been a slight change in the kind of movies that are being made. Rather than being limited to just comedy and romance, some brave filmmakers have explored the murder mystery genre with Chakkar while others have opted for a dark noir with Kamli. And with Beyond the Wetlands, Pakistani cinema will be introduced to an adventure survival movie.

Directed by Arsalan Majid, Beyond the Wetlands takes the audience on an unforgettable journey to the snow covered K2 as a group of mountaineers struggle to survive their trek. We learn that the group set off on the trek as part of their university project on global warming when an unexpected injury and a sudden lack of communication breaks them up. While the stranded men struggle to survive, their friends team up with the locals and experienced mountaineers to save them.

Arsalan Majid shared, “The film has real life mountaineers from Hushe Valley, the northern most village of Pakistan and features legends from the Pakistani mountaineering community such as Little Karim, Muhammad Taqi and Ali Durrani.”

Just the trailer for the movie Beyond the Wetlands will make you feel emotional. You know you are going to be in for a ride as you hold your breath hoping that the men are rescued. You also feel the helplessness of their friends as they wonder what they can do to help those who are stuck. And you also feel a sense of urgency as you know it is a race against time. The trailer also promises to leave you mesmerized with the snowcapped mountains of K2 as the setting for the movie. Imagine, if this is all you feel from just a trailer, how promising must the movie be!

For a few, the movie, Beyond the Wetlands, seems to be based on the tragic demise of legendary mountaineer Ali Sadpara. However, the filming had begun much before Ali Sadpara made his last trek. But with circumstances eerily similar, the movie does evoke emotions we all felt when we bade farewell to the legend.

Beyond the Wetlands is set to hit theatres this summer and this is one movie we do not want to miss!