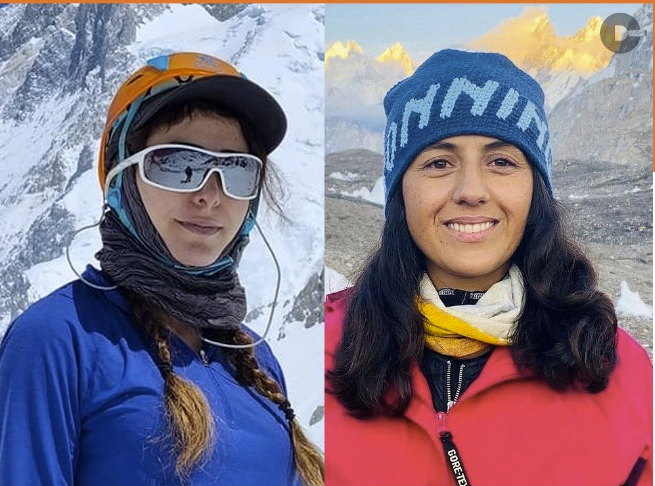 KARACHI: Despite what the world may want us to believe, there is nothing a woman cannot do. And mountaineering is one of those things! Only recently, two mountaineers, Samina Baig and Naila Kiani made history as they became the first and second Pakistani woman to scale the mighty K2 mountain range.

The K2 at 8,611-metres is the second highest peak in the world. Samina Baig, along with her team became the first Pakistani woman to scale the mountain, ever. After scaling and conquering what is often referred to as the “Savage Mountain”, Baig holds the title of being the only Pakistani woman to have conquered not just the highest but also the second highest mountain ranges of the world. She has also climbed the Seven Summits, which are the seven highest peaks in the world.

JUST IN: Samina Baig the FIRST and ONLY Pakistani woman atop Mt #Everest (8848.86 m) has successfully scaled Mt K2 (8611 m) this morning 07:42 PKT and became FIRST Pakistani woman to have summited the second highest mountain in the world. CONGRATULATIONS! pic.twitter.com/ylAXFXcjxy

To add to the excitement was the fact that a mere three hours later, a second Pakistani mountaineer Naila Khan also completed the climb. Joining Baig and Kiani were several other climbers from different countries. Female climbers from Iran, Taiwan, Oman and Lebanon were all a part of the journey and successfully completed the summit.

Naila has scaled the world’s 13th highest mountain,Gasherbrum II in july 2021 and earned the title of the first Pakistani woman to summit any eight thousander in Pakistan.#nailakiani pic.twitter.com/JM21D9mMAz

Not many could achieve what Samina Baig and Naila Kiani have managed today and we cannot be more proud of them!

Beyond the Wetlands: An eerie tale of survival