Eid Telefilms to look forward to 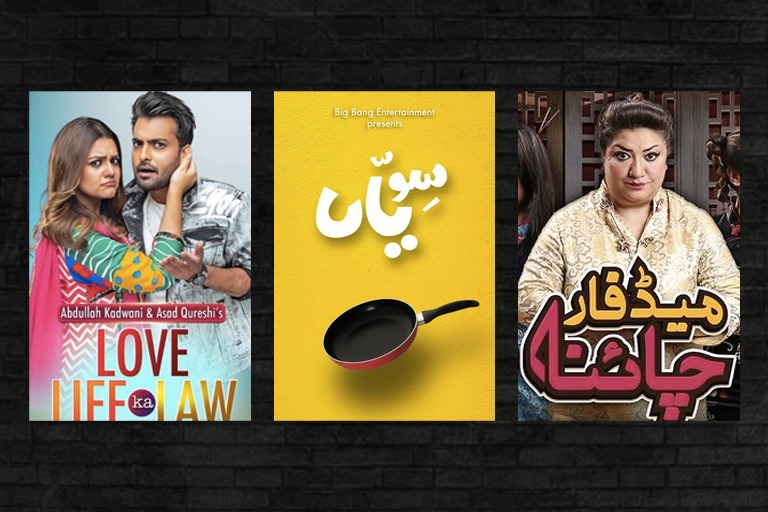 KARACHI: With Eid 2022 just around the corner, a lot of people are looking to find entertaining ways to celebrate while also avoiding their relatives. A lot of people might opt to head to the cinema to watch Pakistani movies releasing next week but not everyone can avail that option. But have no fear, a second option is available to make the most out of Eid 2022 and that is by enjoying special telefilms airing on TV. Here is your guide on which channel is airing which telefilm.

Made for China – Hum TV

Over the years, there has been a growing appreciation of the Chinese culture in Pakistan. And that appreciation has become the plot for Hum Tv’s 2022 Eid telefilm called Made for China. The official plot has been described as “A family, willing to go to any extent just to get to China. Watch their arduous yet hilarious attempts at finally being able to make a move to China.”

The comedy stars Sonya Hussyn, Hina Dilpazeer, Javeria Abbasi and Muneeb Butt. If anything, this telefilm promises to be a mindless comedy which will be a great way to pass your time!

What do you get when you hand Sonya Hussyn a frying pan? A whole lot of hilarity! Starring in the second Eid Telefilm of 2022, Sonya Hussyn is sharing the screen with Yasir Hussain in a very different kind of comedy.

The premise of the murder mystery comedy trailer shows Hussyn whacking a man with a frying pan and within no time we learn this isn’t the first time she has done something of the sort. And who better to help her cover her crime than Yasir Hussain? But only if things were as easy as that. Turns out, the pair not only have to cover their crime but deal with Nayyar Ejaz coming to investigate the crime. Throw in a shady nani, some suspicious looking food and an insane family, Siwaiyan is one telefilm we do not want to miss!

There is nothing cuter than a real life couple playing an on screen couple and so we are very excited to see Zara Noor Abbas share the screen with her husband Asad Siddiqui for the 7th Sky Entertainment telefilm Love Life ka Law.

On one hand, you have the determined Maya Siddiqui, who despite constantly being haggled by her mother to get married, is dead set on her career. On the other hand, we have Asad. A lawyer who takes life much easier than Maya. And as it would turn out, the two have history.

So what happens when the former flames end up serving as divorce lawyers on opposing ends? Sparks fly, arguments ensue and old feelings resurface. For these reasons and more, it will be interesting to watch this romantic comedy on Geo TV.

How far are you willing to prove your love for someone? That’s the question Chandni (Alizeh Shah) poses to the young tailor played by Shehzad Shaikh who is in love with her. Chandni has her marriage set against her will and so she enlists the help of three silly men to “kidnap” her to save her from the forced marriage.

Things obviously will not go as per plan and the plan to save the damsel in distress will only end up in a bunch of hilarious blunders! Will Chandni’s plan work out though? It will be interesting to see!

It seems as though Aagha Ali is also a top choice for Eid telefilms in 2022. In Bhaagum Bhag, he is sharing the screen with Hareem Farooq in a run-of-the-mill comedy.

Two people who seem mismatched on the surface come together in an unlikely pairing. But as different as they like to believe themselves to be, the two are as similar as can be. And obviously to come to that conclusion a long list of absurdity has to ensue! While Bhaagum Bhag is your typical Eid telefilm, the star studded cast which includes Javed Sheikh, Nausheen Shah and Fazila Qazi offers great acting and some surprisingly funny jokes!

So sit back and enjoy watching your Eid Telefilm pick of 2022!