Muneeb Butt and his statements on the Nida Yasir Show

In a recent video, the actor addressed the criticism he received for his jokes about second marriage and why he refuses to work with the likes of Mahira Khan and Saba Qamar. 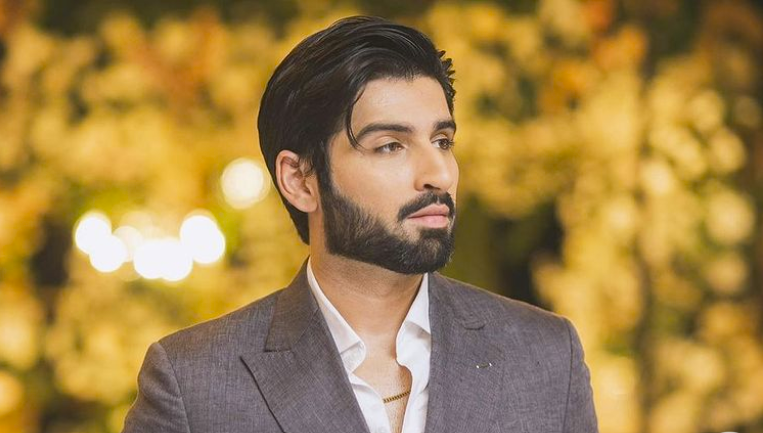 KARACHI: A recent clip of Muneeb Butt joking about second marriages on the Nida Yasir show created quite a bit of controversy and became the talk of the town. Many people were angered with what he called a ‘joke’ and called him insensitive while others called him out for having a misogynistic mindset. Muneeb Butt decided he has had enough and in a 7 and a half minute long video he cleared the air about what really went down and accused several “small publications” of using him as clickbait. He also went on to call some of the most loved women of the industry as “seniors.” Not just in experience but also in age which meant he couldn’t see them as potential love interests. Here’s a breakdown of the entire video.

Standing in a garden, sipping a cup of coffee trying to act nonchalant about the amount of criticism he received (despite having already addressed the clip in question on Instagram), Muneeb Butt went straight on the offence in regards to that joke on the Nida Yasir show. In case you missed what the actor had to say, when asked about his phobias, he turned the question around on Yasir who admitted that she was afraid of her husband getting married for a second time. Butt’s response was, “Yes you should be afraid of this. All women should be afraid of this and so they should pamper their husbands.”

Rather than trying to clear the air about the clip, Butt decided to dig a very deep hole for himself. One that will be difficult to get out of. To start off with, the actor-turned-pseudo intellect decided to school viewers about what the term clickbait means. And in doing so he all but offended all those publications that have started off and are making a name for themselves in the monopoly of online magazines. He not only deemed them to be “small” but also went on to explain that these publications don’t have a lot of followers and they need to create controversy (not actual content) in order to grow. And so they picked up his joke “out of the context” and added a bit of spice to the title to attract viewers. But on the question of how they picked his joke out of context, the actor explained that they failed to mention both him and host Nida Yasir chuckled after he said what he did. So for Muneeb Butt, a title that reads as follows would be a misquote and a prime example of a clickbait title:

Instead, the accurate title should have read:

“Muneeb Butt made a joke about how women need to pamper their husbands if they don’t want them to get married a second time to which both him and Nida Yasir laughed.”

Like a child goes and complains about his siblings to his mother, Muneeb Butt proudly informs the people watching his video that he has taken the matter up with FIA and cybercrime and will have all those clickbait articles and publications shut down. So not only did he belittle publications that are trying to grow organically, he also threatened them. So, moral of the story is, if you criticize Muneeb Butt he’ll try to get you to shut down (should we also be expecting FIA to contact us?!) If these publications do shut down (fat chance), did Butt even consider how he’ll get even the slightest bit of attention anymore?

As far as people who felt triggered by the joke and felt it was in bad taste, all he had to say was that it wasn’t his fault they lacked a sense of humor. He found what he said hilarious and it’s a them problem if they felt otherwise.

Read: Celebrity statements we want an explanation for

Turns out Muneeb Butt wasn’t just on a roll with us small time publications. He addressed another statement he made on the Nida Yasir show where he refused to work with some of the biggest names in our industry, namely Mahira Khan and Saba Qamar. More specifically, he won’t star opposite them as a love interest. Now in the clip from the interview he says that he won’t work with Mahira jee  and Saba jee because they’re older than him and he would look younger than them on screen. The final nail on the coffin was him calling them his seniors and not in terms of acting experience.

As damage control, he addressed his comments in the 7 minute long video on YouTube. He claimed that since the actors are his seniors he has a different kind of respect for them. Apparently for Muneeb Butt calling them “jee” erases the fact that he called them old and that he can’t consider them as a love interest. Not withstanding the fact that here isn’t a huge age difference between them and the women in question. Not sure if he was attempting to do damage control or if he was just digging himself an even deeper hole. 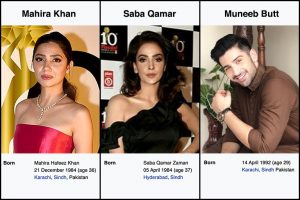 We’re not sure what Muneeb Butt thought he would achieve with his video. Between after all that he said on the Nida Yasir show and his justifications. all we know is that he successfully managed to anger a bunch of people and publications!